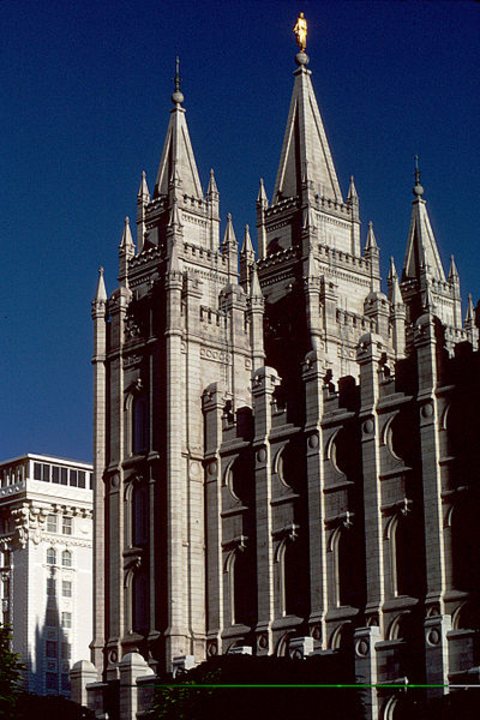 SALT LAKE CITY (AP) — The Mormon church has given its blessing to the Boy Scouts of America on its latest proposal to lift the gay ban for youth members but continue to exclude gays as adult leaders.

The Church of Jesus Christ of Latter-day Saints posted a statement on its website Thursday saying it is satisfied with the proposal, which the Boy Scouts announced last week and will submit to its National Council at a meeting in Texas the week of May 20.

The Salt Lake City-based church said it is satisfied that the Boy Scouts of America has made a "thoughtful, good-faith effort to address issues that, as they have said, remain 'among the most complex and challenging issues facing the BSA and society today.'"

It added the proposal recognizes that "Scouting exists to serve and benefit youth rather than Scout leaders, a single standard of moral purity for youth in the program, and a renewed emphasis for Scouts to honor their duty to God."

The reaction from the LDS church comes six days after the Boy Scouts of America made its major announcement. The Mormon church has more Scouting troops than any other religious denomination in the country so there was widespread interest in what it would say about the proposal.

The LDS church still teaches its members that marriage is between a man and a woman and that same-sex relationships are sinful. In December, however, the church launched a website encouraging members to be more compassionate in discussions about homosexuality. The website says Mormons should be loving and respectful toward gays and lesbians, while appealing to gay and lesbian Mormons to stay in the church.

It marked the most significant outreach yet to gays and lesbians by the Mormon church, which has about 14 million members worldwide.

The Boy Scouts of America issued a statement Thursday saying the organization is deeply appreciative of its long-standing relationship with the Mormon church and pleased to hear it is satisfied with the proposal. Scouting is successful because of strong relationships with chartered organizations like the Mormon church, the Boy Scouts' statement said.

The latest proposal from the Boy Scouts of America is a compromise on the divisive issue; the organization earlier floated the idea of completely lifting the ban on gays. Gay-rights groups, which had demanded that the ban be removed, have criticized the latest proposal as inadequate.

In making its announcement last week, Boy Scouts of America estimated that easing the ban on gay adults could cause widespread defections that cost the organization 100,000 to 350,000 members.

Utah likely was included in that estimate.

The Boy Scouts' Great Salt Lake Council is one of biggest in country, with 5,500 troops and 73,400 youth. Almost all of those troops are sponsored by the Mormon church.