The most important election in your lifetime 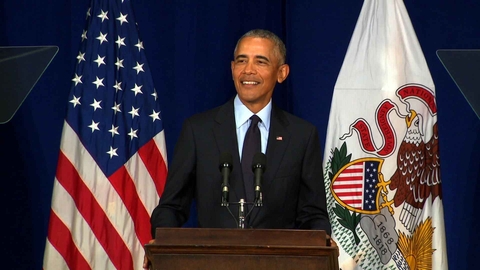 President Barack Obama speaks at the University of Illinois in September. Pool photo via CNN.

President Barack Obama said, in a speech September 7, that the upcoming midterm election is the most important one in his memory. The speech was both a scathing rebuke of the Republican Party and Donald Trump and a message of hope: You can change things if you vote.

It’s not news that our federal government is virtually dysfunctional. We are governed by a totally unqualified, obviously unhinged president, a GOP majority in both the House and the Senate and are looking at the future of a Supreme Court controlled by a far-right majority.

It hasn’t always been this way. When I first became fully aware of politics in 1961, Democrats controlled Congress; Democrat John Kennedy was in the White House; and the Supreme Court was filled with legal scholars from various parts of the political spectrum, which nevertheless, in 1954, had voted 9-0 that school segregation was unconstitutional.

Republicans had a weekly press conference featuring Sen. Everett Dirksen (R-IL), the Senate Minority Leader and Rep. Charlie Halleck (R-IN), the House Minority Leader. They tried to find the “elusive but important distinction between opposition and obstruction,” and labored to remind the public “of the importance of the loyal opposition and the relevance of a minority voice,” says the Senate history website. 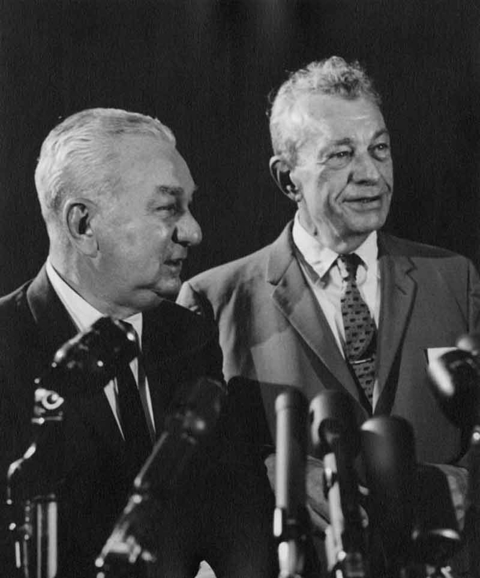 The term loyal opposition is important, as is the relevance of a minority voice. While Democrats and Republicans frequently disagreed on details, they worked together to craft laws that were not perfect but which solved problems faced by the nation. For example, both parties supported the Civil Rights and Voting Rights acts.

It would be a lot better for all of us if that were the way things are now. But it is not. The GOP veered over to obstruction the day President Obama was inaugurated. Their obstruction efforts continued throughout Obama’s eight years in office.

With the election of Donald Trump in 2016 and full control of both houses of Congress, the GOP looked like it was going to be able to pass their agenda, ignoring any Democrat input in the process.

We now have a Congress that can get nothing done. The House GOP is so factionalized that they can’t pass legislation, yet leadership won’t turn to Democrats to develop bipartisan solutions to our problems. Almost every last Republican representative and senator ignore the blundering, bullying, misguided actions of an ignorant president drunk with power.

Congress is supposed to provide oversight of the executive branch through a system of checks and balances. The GOP won’t even lift a finger to try to rein in Trump’s excesses. They certainly don’t consider Democrats to be the “loyal opposition,” nor do they see any value to a minority voice.

This November will be the most important election of our lives. We have the opportunity this November to change this situation, but we must turn out and vote.

Many people have come to the mistaken conclusion that their vote doesn’t count. They are dead wrong on that. In Oklahoma, following a two-week teacher walkout, energized educators got very active in politics. When the legislature, by very slim margins, passed a teacher pay raise and increased taxes to pay for it, 19 representatives voted against the bipartisan agreement.

When the dust settled from the primary elections, eight of those 19 had been thrown out of office. Four more saw the writing on the wall and didn’t run again, and three were term-limited out, leaving only four of the 19 running for election in November.

President Obama said in his speech, “If you thought elections don’t matter, I hope the last two years have corrected that impression.

“The best way to protest is to vote…. Not just for senators and representatives but mayors and sheriffs and state legislators.”

We can retake the House, maybe even the Senate, and regain a Congress that uses its constitutional duty to provide a check on the president. All it takes is for every one of us to vote on November 6. Talk to your friends, your family and your neighbors about how important their vote is. And then go to the polls and take back our nation from the crazies.