My perspective as I get older 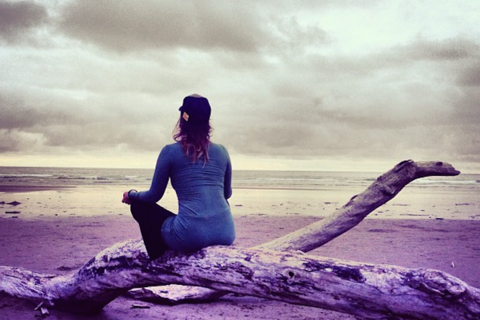 I hate getting older. I need naps in the afternoon, my waistline is expanding and the dating pool keeps shrinking.

I’m closer to mandatory retirement than I am to high school, and I seriously have nothing to brag about at the reunion which sucks.

However, there are a few benefits that come with age such as maturity and wisdom.

It’s not a guarantee that being old means being mature, but if you’re older and not mature, you’re also arguably not an adult anyone trusts with anything.

With age and maturity also comes wisdom, which for me can come across as sometimes cynicism and jadedness which I see as being a realist.

For example, it may seem nice that someone says they hate drama and make sure they repeat that over and over. Yeah, look, no normal person likes drama, and I’ve been around long enough to know that the more they say they hate drama, the more drama they have. Usually drama they started.

But I don’t like drama, and for as opinionated and pig-headed as I am, I kinda hate conflict. I know it doesn’t make a lot of sense when you remember I’m an op-ed writer and a comedian who talks about controversial topics sometimes.

I think my aversion to conflict and drama is more personal and ideological rather than shouting at people on the internet unless it’s personal or the ideological part intersects with my personal life.

This aversion is one reason I’m kind of glad I’m not on the board of OKC Pride anymore. I have avoided the behind the scene’s machinations of the community lately.

I used to be caught up in a lot of it at least in the neutral observer role, or as one friend of mine puts it, “The Switzerland.”

I always found it counter-productive and petty at times.

Look, we all have our interests in things and see our way as the best way, that’s perfectly normal. We all have opinions that are not unlike certain odorous body parts most of the time, and we have every right to express them; hell, expressing opinions is my side gig!

When we turn these conflicts of ideas and opinions into petty drama, especially when it comes from notable figures in the community about the community, it affects our community.

We may disagree on how best to organize, to fight for our rights, and to celebrate our identity, but if you feel compelled to do some Drag Race style reality show stuff to get your way, then you aren’t helping our community but dividing and demoralizing us.

I used to be on the board of Drag Race, and of course, it’s expected that people who can’t be bothered to show up to Pride sober have strongly held beliefs over how to run, fund, and organize it.

To me, those people didn’t matter. Yet the rumor mills, the petty talk in bars, vague posting on Facebook, were a problem because they only created misinformed or petty drama that turned good people away from working with Pride.

It’s not just Pride though; we cut down popular drag queens, the people dating our ex’s we’re not over, or just generally good people because some of us are just petty children without an ounce of maturity. It’s a rotten stereotype of the LGBTQ community that sometimes we deserve.

We should build a strong community here. One that not only is mutually supportive when one of us experiences a tragedy like a car accident or house fire but can turn the 39th District into something other than an eyesore, make Pride amazing every year, or to fight for our rights, we need to end the stupid and petty drama.

Just like how the popular sentiment about Trump officials is never to make them feel welcome or comfortable in public goes, we should never let the folks who use drama to get their way in the community tear it apart and disrupt it.

If we want the community to thrive, we should never let the drama folks ever get too comfortable.