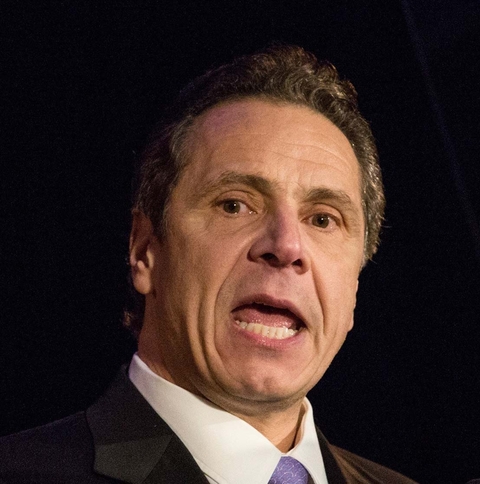 New York could end the AIDS epidemic in the state by the end of next year, the governor's office said.

Gov. Andrew Cuomo announced this week that new HIV diagnoses in the state dropped to 2,481 in 2018, a historic low.

It's a victory for Cuomo's "Ending the Epidemic" initiative, launched in 2014, which aimed to connect undiagnosed patients with proper care and prevent high-risk New Yorkers from contracting the virus, the governor's office said.

In 2018, nearly 32,000 New Yorkers took pre-exposure prophylaxis, or PrEP, a drug that can reduce users' risk of getting HIV from sex by nearly 99 percent. That's a 32 percent increase in PrEP users from 2017, the office said.

The state has spent $20 million per year since 2015 to fund the initiative. This year, the state's health department announced it will require all health insurers to cover PrEP without co-pay in 2020.

The US Food and Drug Administration on Thursday approved the drug Descovy, the second drug approved to prevent HIV infection.

Descovy is approved as a pre-exposure prophylaxis for HIV prevention in men and transgender women who have sex with men. It's not approved for people at risk of HIV-1 infection from receptive vaginal sex because its effectiveness hasn't been evaluated.

"PrEP drugs are highly effective when taken as indicated in the drug labeling and can prevent HIV infection," said Dr. Jeffrey Murray, deputy director of the Division of Antiviral Products in the FDA's Center for Drug Evaluation and Research.

Descovy had previously been approved in 2016 for HIV treatment when taken in combination with antiretroviral drugs.

In 2012, Truvada became the first drug the FDA approved as pre-exposure prophylaxis for HIV. Both Descovy and Truvada are manufactured by the pharmaceutical company Gilead Sciences.

HIV infection rates have plateaued in the US

Rates of new HIV infections in the United States plateaued after years of steady decline, the Centers for Disease Control and Prevention reported in February.

The virus attacks the immune system and kills the body's T cells, which makes people more vulnerable to infection. There's no cure for the virus, which can lead to AIDS when untreated, but it can be treated with antiretroviral therapy, which can weaken the amount of HIV in the blood until it's virtually undetectable, according to the CDC.

In February, President Donald Trump announced a 10-year initiative to reduce HIV diagnoses in the US by 90 percent.

The plan would pinpoint "geographic hotspots" with high rates of HIV infections, increase early diagnoses and widen the availability viral suppression treatment and preventative drugs, according to the Minority HIV/AIDS Fund.

More than 1 million people in the US live with HIV, and 1 in 7 people living with the virus are undiagnosed. Men who have sex with other men remain at a disproportionately high risk for contracting the virus, and most new cases are reported in the South, the fund reported.