No shortage of candidates to replace Sen. Boxer 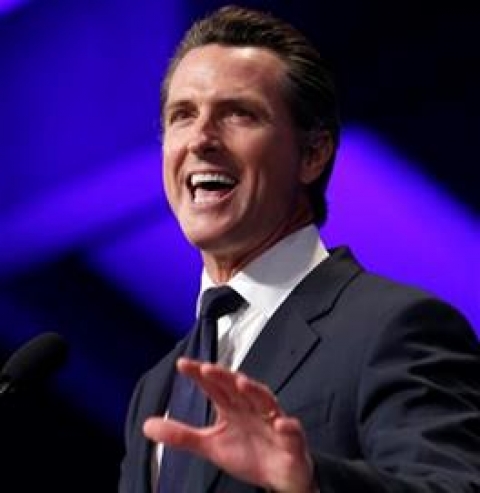 Sacramento, Calif. (AP) — Sen. Barbara Boxer's retirement will leave California with an open Senate seat for the first time in nearly a quarter-century and no shortage of potential candidates to fill the powerful position.

Among the best-positioned Democratic candidates are state Attorney General Kamala Harris and Lt. Gov. Gavin Newsom, both of whom cruised to easy re-election in November.

Each offered statements Thursday praising Boxer's tenure, which will end in two years, but they did not say if they will run in 2016.

"There is a tremendous amount of pent-up ambition in California, and now one new outlet has opened up," said Jack Pitney, a professor of political science at Claremont McKenna College and former Republican strategist.

Rising politicians could have another shot to advance in 2018 with an open governor's seat and the possibility that 81-year-old Sen. Dianne Feinstein could retire.

Los Angeles Mayor Eric Garcetti was the first high-profile Democrat to rule out a run for Boxer's seat on Thursday.

Other potential Democratic replacements include U.S. Rep. Loretta Sanchez, former Los Angeles Mayor Antonio Villaraigosa, and Tom Steyer, a wealthy hedge fund manager and environmentalist whose political organization has contributed millions to candidates who share his view that climate change is a critical issue for America,

California has become very blue and Democrats are heavily favored to hang on to the seat Boxer has held since 1992, when Feinstein also was first elected.

Harris and Newsom are considered early front-runners for Boxer's seat, though both also are possible candidates for governor when the final term of Jerry Brown ends in four years. The San Francisco natives have taken steps to downplay any rivalry. Harris actually administered Newsom's oath of office this week.

Newsom rose to national prominence when he issued same-sex marriage licenses as San Francisco mayor in 2004. He abandoned a run for governor in 2009 and was elected lieutenant governor in 2010.

He is not enamored with the job, which has few responsibilities, and has clashed with Brown by opposing high-speed rail and supporting marijuana legalization.

Harris, whose father is black and mother is Indian, would be California's first minority senator. As attorney general, she has tackled issues such as cross-border gangs, mortgage lending and truancy.

"Between the two, Newsom is by far the more frustrated in his current job," Pitney said.

Republicans face a steep challenge to grab Boxer's seat. The party has dwindling voter registration and no recent victories in races for statewide offices.

Fresno Mayor Ashley Swearengin, often called a rising Republican star, is considering another statewide bid after losing her run for state controller. She is termed out in 2016.

Her political spokesman, Tim Clark, said she has had preliminary discussions about running for Boxer's seat and will likely make a decision this spring.

"I'm sure she will run for statewide office again, but the question is when and for what," he said.