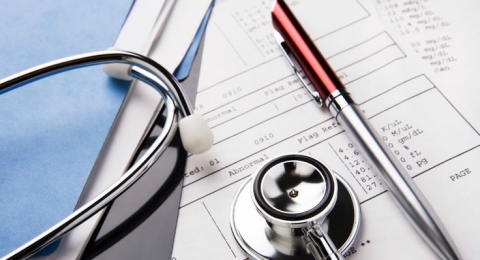 Sexually active gay and bisexual men are barred from donating blood in the U.S. HRC Photo.

After the Orlando shooting, people lined the blocks in an attempt to donate blood. This is a tradition in the wake of tragedy: neighbors, families and friends urgently await their opportunity to aid those in need. The 53 injured – 49 lost – and other people who suffer daily injuries; other sisters, brothers – other Americans.

But many were, and are, turned away at the door of blood donating facilities. This is for being male - and gay or bisexual.

According to Human Rights Campaign, “Current federal regulations require any man who has had sex since 1977 with another man, even once, to be deferred from donating blood.” This is regulated by the FDA’s Center for Biologics Evaluation and Research and is common knowledge in many ways, but the extent to which it harmed and depressed the LGBT community after such a tragedy was nearly unheard of.

We just wanted to help muttered from the lips of gay and bisexual men in Florida and across the nation. Even if they did not have HIV, their sexual orientation alone dictated their ability to help the victims.

Another form of discrimination – one this time based on a stretch of science – is affecting the gay community.

Says HRC, “Yesterday, the House members who gathered to ask the FDA to change the suboptimal donation policy joined over 100 of their colleagues on a bipartisan letter to FDA Commissioner Dr. Robert Califf requesting an update on the implementation of the current donor deferral policy. They also urged the FDA to actively work towards adopting a screening system that is based on individual risk factors rather than the current sexual orientation-based approach. Senators Tammy Baldwin (D-WI) and Elizabeth Warren (D-MA) spearheaded a similar bipartisan Senate letter that was signed by 22 of their colleagues.

“Many of the gay and bisexual men turned away last week were not even born when FDA's original policies were designed.  They were born and have come of age in a world where we can make policies based on knowledge, not fear.  In one of the darkest hours that our community has ever faced, gay and bisexual men struggling to find their own place in our shared healing were turned away after responding to a call for blood donors in the wake of a severe blood shortage.  We cannot afford to turn away anymore heroes who answer these calls.”

Is a solution in the air? HRC would like to think so, as they have their own opinion:

“Human Rights Campaign believes that the current policy does not treat persons with like risks in a similar way. It also believes that donors are deferred based on their membership in a group — in this case, all men who have sex with men — rather than engagement in risky behavior, such as unprotected sex. For example, a man who has had protected oral sex with another man once in 1977 and has not engaged in sex since that time is currently barred from donating blood. Yet a woman who has had unprotected sex with multiple partners over the past year with no knowledge of their personal histories remains in the donor pool.

“HRC believes that the integrity and safety of the blood supply in this country should be preserved, strengthened and maintained. Any change or alteration in the regulations governing donor suitability must be based in sound science. The federal government must invest in new research to study risk behavior. It also must consider revising the donor questionnaires so that they focus on more refined and specific behavioral criteria, like recent sexual histories that include unprotected sex or significant numbers of sexual partners over the previous year.”