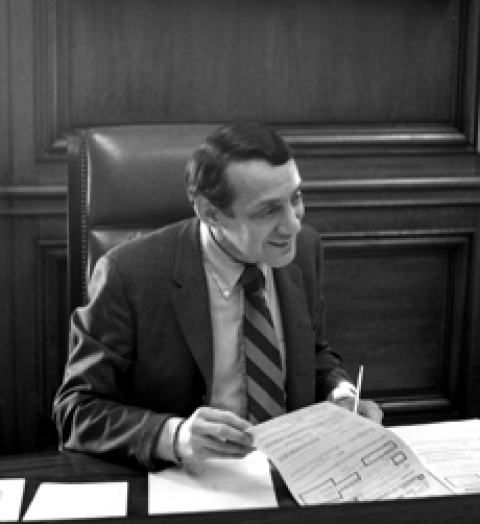 If five of Campos' colleagues agree to submit the proposed name change to voters and the amendment goes through in the fall, the city would become home to the world's first airport honoring an openly gay person, said Milk's nephew, Stuart Milk.

Milk, who runs an international gay rights foundation in his uncle's memory, said that adding an airport to the list of public venues named for Harvey Milk would mark a milestone since flights to and from San Francisco International serve 68 countries where homosexuality is illegal.

"For young gay people in an illegal place looking up at a monitor and being able to point to this international airport named after an LGBT advocate, it gives them the green light to authenticity," Milk said. "It's a major representation that (they) are being celebrated somewhere in the world in a high-level way."

About 41 million passengers pass through San Francisco International every year, "and the idea that millions of people can learn about Harvey Milk and what he represented is very moving," Campos said.

"That no airport in this country has been named for an openly LGBT person is something I hope would be remedied, and what a better place than San Francisco for something like that to happen and what better person than Harvey Milk," he said.

Campos said the San Francisco Board of Supervisors could vote on the amendment in as little as two weeks.

Milk became one of the first openly gay men elected to public office in the United States when he won a seat on the board of supervisors in 1977, inspiring a generation of activists with his uncompromising call for gays to come out.

He was assassinated at City Hall, along with Mayor George Moscone, more than a year later. His life became the subject of the 2008 Oscar-winning film "Milk."

The airport renaming, if it is approved, would make him the recipient of an honor most often reserved for former presidents.