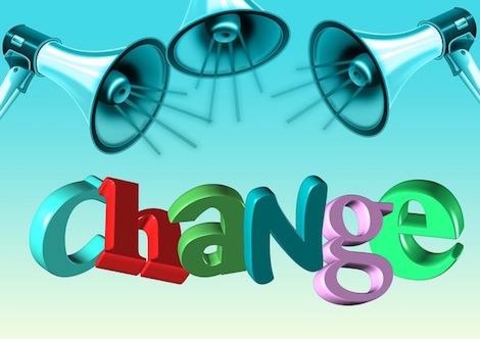 Years ago, I went to go see the writer Kurt Vonnegut speak at my university. During the Q&A period after his lecture, someone asked him what he thought about the growing age of the internet, social networking and its ability to bring people together.

Yes, this was a long time ago. Vonnegut sagely pronounced he didn’t like it that much and recalled an earlier time when ham radio was all the rage. He knew people who would proudly proclaim they had friends in Chicago, Miami, Rio de Janeiro, Singapore, Paris, and so forth. They would gush about how they would talk for hours about their lives and get to know these strangers from all over. However, over time, these people faded away.

Life took over and robbed them of the time for their hobby or a part broke and they never got around to fixing it, or they simply lost interest. All these connections to strangers all over the world were never permanent, never lasting, merely voices over a tinny speaker that were only a bad copy of real human connections.

How true this is. The internet just does not replace the connections we develop, or the intimacy we desire from encountering people in real life. My best friend long has criticized me for focusing so much of my attention on trying to find dates, companionship, and conversation on line and justly so. I do end up spending way too much time online talking to folks on Twitter, Facebook, Reddit, and scanning for prospective dates on OKCupid.

While I might have online friends all over the country, they’re not here in my daily life. The people on dating websites aren’t people whom I have picked up a “vibe” from when I meet them in public, and dating websites are just sales pitches anyway. While we think we are getting connected to these people, that sense of togetherness and community is like having a friend who lives permanently on the other side of a window you can’t climb through.

In the trans community, a sense of community and compassion is something a lot of people lack in their lives and it can cause all sorts of mental health issues. After losing so many friends, family members, careers and more, having someone in their lives who knows and appreciates them is a valuable thing.

It’s also something that is a bit lacking in the trans community here in Oklahoma. Rarely do I see other gender variant people out in the bars or clubs. There’s no community center where they can go to find friends. I know of one social group that tends to lean more to the sexual aspect of being trans that gets together semi-regularly, but that’s not everyone’s thing.

There is a new group which has formed that meets at Expressions Church in OKC. It helps other trans folk build a sense of community and togetherness. The group meets the first and third Monday in the evenings. (Contact Expressions for more details.)

Sure, many trans folk function just fine without these things and that’s totally cool. Everyone has different needs in their lives. A lot of trans folk get taught through social interactions that no one wants them around and so they retreat into their homes and from other people.

To those trans folk, I say, you just gotta keep trying. Yeah, it’s hard to build connections to other people, especially when there’s so much stigma to who we are and the timidness we can be made to feel because of crappy previous interactions.

You have to keep trying and it’s going to keep sucking, but once you build up that connection to other folks, even if it’s just a small cadre of friends who drag you out into the world, it really will improve your mental and physical health so much. It will change your entire world.

Go out, make friends, develop a crush on someone, join a group you care about, and enjoy the delightful mess that is people in real life.
_