I thought everyone was bi 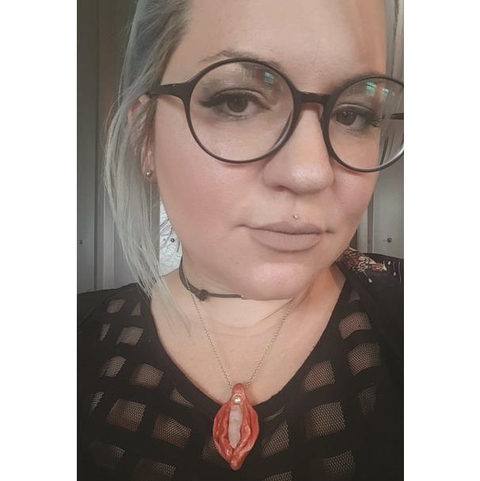 I spent the first half of my life in a cult. For 16 years my family was a part of an evangelical church that slowly collapsed into an extremely intrusive, and then outright abusive, cult.

I was rigorously taught to repeat hateful and exclusionary rhetoric toward LGBT+ people, which is extra tough when you’re a girl who fantasizes about the other girls.

Being bi and basically equal on my preference I internalized (and externalized) a lot of homophobia as a kid. A bisexual child is easy to convince that sexuality is a choice.

I was wrong, of course. Like anyone who tried to make the closet their home, I started to suffocate in the lies.

We escaped the cult when I was 16. It was one of the hardest and most traumatic experiences of my life watching my parents tear each other apart over this. But we made it out intact…miraculously.

Since then, I’ve packed away a lot of that time and hid it somewhere in my mind. I just wasn’t healthy enough to sort through it all and discard what was holding me back. I still hadn’t managed to let go of the disgusting names I called myself in my head every time I felt a throb of attraction to another woman.

When I got married and a year later, pregnant, I thought I was somehow out of the gay woods. Finally, I can assert my heterosexuality in a tangible way, there could be no question now. Except that I never stopped being attracted to women. Even when I continued to feel attraction to men.

The uncertainty and invalidation one feels in that space had me wishing that if the gay wouldn't go away, maybe the straight could. Life just seemed much simpler on one side or the other.

It was my deepest most shameful secret, except it wasn’t really a secret. Lots of my friends knew. I didn’t tell them but I guess it was kind of obvious.

My Uncle Billy knew. I never told him, but once we were driving around talking. (He was HIV+ and had really bad days when he needed me to drive him around.) I remember once we were parked somewhere and out of nowhere he took my hand and held it so tightly. He looked at me and smiled and told me, “You got the gay gene from me, sweetheart.” I’m crying thinking about it now because oh, God, I hope it’s true.

Besides a lifetime of beautiful memories, that little gene would be all I have left of him. Eventually I couldn’t hide it anymore, it was eating me from the inside. My marriage was in deep trouble and I was disconnected from my children. I was spiraling into depression until finally, something gave.

I can’t tell you what it was that flipped the switch but one day I thought, “I didn't get out of that cult to die like this.” I sat on the couch next to my husband and cried. I told him the truth; that I was bi, I had always been bi, I’d accepted that nothing can change it. I'd finally decided I would not even if I could. This is me. Take it or leave it.

After my tear-fueled rant my husband looked so relieved and asked, “Is that all? I thought it would be something bad.” That was like a dam opening and instead of being crushed under this wave of anger and accusations there was nothing on the other side. Just my husband shrugging and saying, “It's okay. I’m happy for you, babe.”

That's not to say there haven't been struggles since that time. Every day is something new to unpack, some false idea to deconstruct. I am a work in progress. But taking ownership of the identity that thousands of bisexual activists fought to validate, connecting with my community, learning my history (unadulterated by bigoted rhetoric) has been very healing.

When I came into the LGBT+ family I felt guilt for my participation in bigotry in my childhood. I was offered forgiveness. When I opened up about my shame and guilt, I was offered acceptance. When I felt isolated and scared they reminded me I wasn't alone.

Accepting my identity gave me everything the cult promised but never delivered. How can I help but see it as anything less than a gift? It belongs to me and no one else; not my partner or some church. Only me. It can't be taken away or erased. And I get to carry it with me forever.

“I thought everyone struggled with their ‘choice’ like I did.

Eventually I couldn’t hide it anymore.

When I opened up about my shame and guilt, I was offered acceptance.