Freedom Oklahoma targeted by gunfire over the weekend 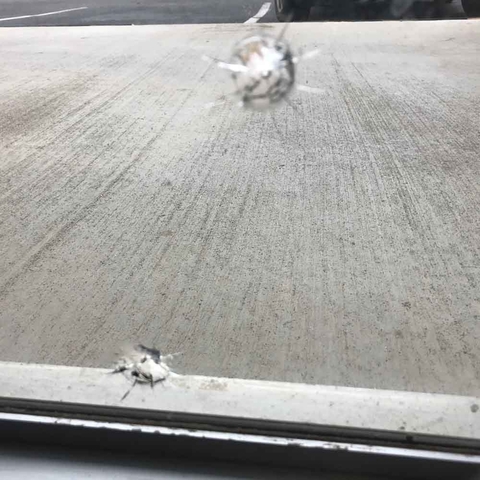 When the cleaning crew arrived on Sunday morning they discovered bullet holes from a small caliber weapon riddled across the glass wall which serves as the entrance to Freedom Oklahoma's office in Oklahoma City.

"This is only the latest in a string of attacks on LGBTQ organizations around the nation, and just as our colleagues did, we will clean up and continue to march forward,” said Troy Stevenson, Freedom Oklahoma’s executive director.

The Dennis R. Neill Equality Center in Tulsa, home to Oklahomans for Equality, was damaged by gunfire in the early morning of March 5 this year. The same weekend, the offices of Garden State Equality, New Jersey’s statewide LGBT+ advocacy group, was vandalized. Two people smashed the glass front door of the group’s office in Asbury Park, N.J.

Earlier in the year, the offices of Equality Florida in Orlando had a window smashed. 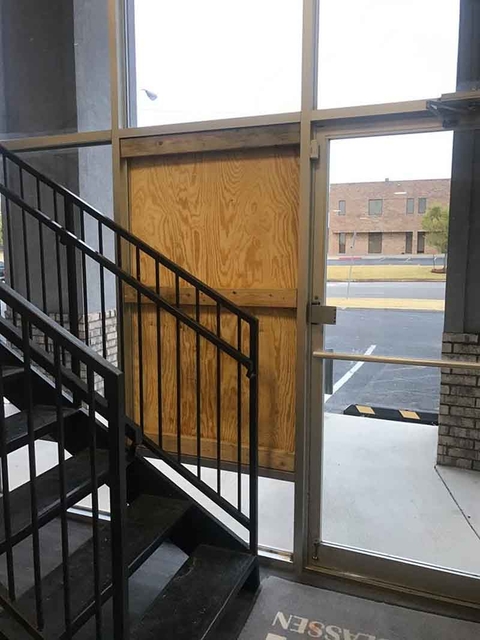 In the Oklahoma City attack, the damage to one panel of glass was so severe that glass shattered throughout the entry way. This was shocking, since the wall is made of reinforced glass designed to serve as the exterior wall of the building. Four other panels were damaged in the incident, with bullet holes still visible.

“Freedom Oklahoma serves a vital function as Oklahoma's advocates for the queer community, and we will not be intimidated by cowardly acts of violence aimed at invoking terror in our community. We will continue to fulfill our mission, and we will not be deterred in our fight for freedom, equality, and equity for all Oklahomans. We will continue to act with vigilance and without fear,” Stevenson concluded.

No one was in the building at the time of the shooting. Freedom Oklahoma and the building manager are working with the Oklahoma City Police Department to determine who was responsible.