We are here for you 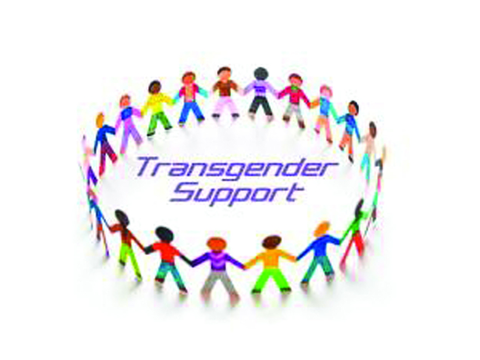 I grew up in rural Pennsylvania and didn’t have exposure to different races or religions. What little exposure I did get came to me by way of token characters in whatever TV shows we could get with an antenna.

Let’s just say I’ve always been detached from some very important and sensitive issues. Please take this into account as I tread softly over what is sure to be very delicate ground. I may be ignorant, but I am not without empathy.

After a little more than a year being out as transgender, I stood in front of a small crowd on Transgender Day of Remembrance and encouraged the community to live openly.

Seven days later the next Transgender murder occurred right here in Oklahoma City. The victim, 31-year-old Brooklyn BreYanna Stevenson was a beautiful woman, and my private lament is I did not know her personally.

What I’ve come to realize is despite how many people I’ve met in this community, only one of them has mentioned having known her. My ignorance regarding this situation has been lit up like a spotlight.

Having been steeped in the OKC trans community since I came out and realized my gender identity had robbed me of the entitlement I had as a white male, I didn’t stop and take stock of the company I was keeping. Perhaps none of us are.

I have been so self-absorbed I never noticed the fact that I’ve not met a single single support group attendee who is African-American. Not to say I haven’t met trans people of color. But I have seen many Latino or Native Americans in groups.

Only now in the wake of Brooklyn’s death do I realize the African-American trans community has not sought support since I’ve been out.

The bigger question is, are these individuals afraid of reaching out for support when the groups are so often weighted towards those with lighter skin tones?

I don’t like where this thought leads me. With most transgender murders being women of color, I think it’s time to make sure they know we’re here for them.

I have become all too aware of the difficulties a person can have while trying to live as openly trans. I’m sure doing so as a minority is something different, and if anyone feels the need for support, I don’t want them to believe their race needs to factor into whether they will get the support they need.

I am reaching out to all my trans brothers and sisters here. If you need support, please attend the groups. You can find one in most major cities.

It is my goal to ensure those individuals who need support should feel welcome to seek it. None of those groups will ever take issue with a person based on their race or religion.

If issues are preventing trans minorities from seeking this support, I implore them to reach out to me and help me understand how those groups can be more accommodating. I promise to be respectful and communicate your concerns respectfully to the group leaders.

On Transgender Day of Remembrance 2018, I would like to see speakers who are representative of those minorities who are most often targeted.

While I would take no issue speaking again in OKC, the voices with the greatest impact are going to be those who are strong enough to speak louder than their fear.

I want to understand the difficulties you face, but how can I lobby for your voice if I never hear it?  Please join us in the groups; be seen and heard.

In the words of Laura Jane Grace, “come on and ache with me.”

Editor’s note: To contact Kira about a support group in your area, email editor@gayly.com. The message will be forwarded to her.