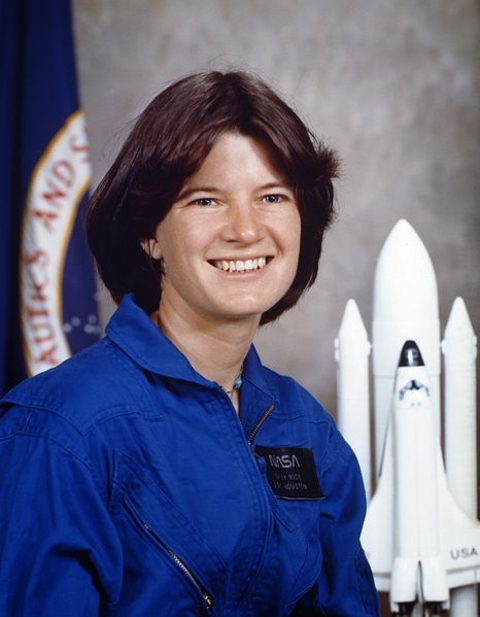 WASHINGTON, DC – Today, President Barack Obama announced he will award a posthumous Presidential Medal of Freedom to Dr. Sally Ride, the first American female astronaut to travel to space.  The Medal of Freedom is the Nation’s highest civilian honor, presented to individuals who have made especially meritorious contributions to the security or national interests of the United States, to world peace, or to cultural or other significant public or private endeavors.

President Obama said, “We remember Sally Ride not just as a national hero, but as a role model to generations of young women. Sally inspired us to reach for the stars, and she advocated for a greater focus on the science, technology, engineering and math that would help us get there. Sally showed us that there are no limits to what we can achieve, and I look forward to welcoming her family to the White House as we celebrate her life and legacy.”

Americans were first introduced to Dr. Sally Ride when she traveled on the Space Shuttle in 1983.  After leaving NASA in 1987, she focused her efforts on science education and on teaching girls in particular that there are no limits to what they can accomplish.  Dr. Ride founded Sally Ride Science in 2001 to develop and provide classroom materials, programs, and professional development opportunities for K-12 science, technology, engineering, and math (STEM) educators.  She placed a strong emphasis on gender and racial equality in the classroom and on introducing students to working scientists, engineers and mathematicians who exemplified this diversity in their respective fields.  Dr. Ride was one of the architects and drivers of the Administration’s ongoing efforts to maximize participation of underrepresented groups in STEM classes and careers. And her devotion to the exploration of space never wavered, as multiple Administrations, including President Obama’s, called on Dr. Ride to serve on advisory boards focused on national space exploration efforts.

Dr. Ride’s partner, Dr. Tam O’Shaughnessy, her mother, and her sister were notified last week of the President’s decision to award her with the Nation’s highest civilian honor for her contributions to the U.S. space program and education system. The remainder of the honorees selected by the President will be announced over the coming weeks and the awards will be presented at a White House ceremony later this year.