Don’t judge a book by its cover 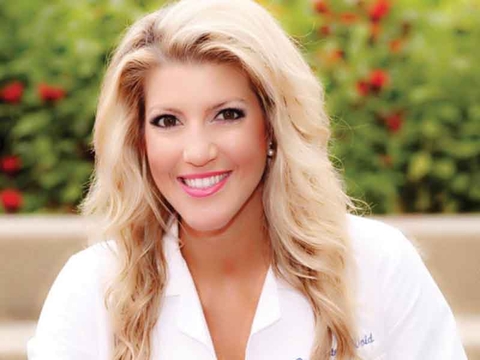 Confidence I did not lack, as I was completing my year of general surgery and approaching my chief year at a well-respected surgery program. I chose to apply for cosmetic surgery fellowship positions, which consists of an extra year of elective training focusing specifically on appearance surgery.

My interview experiences were benign except for one mishap which I believe was a direct result of my being a female candidate.

I had already been on several interviews and knew the general process which usually commenced with meeting an office representative, who would frequently begin by giving a tour of the facility.

Next, I would be asked several factual and resume based questions prior to being introduced to the program director, who would then invite me to the OR [operating room], where my hand skills would be evaluated.

This particular interview started the same way with a brief tour and questioning by the practice representative. The questions seemed appropriate until she asked me how I had heard about the position. I quickly answered that I knew of the director’s name through publications and that he was highly regarded among surgery colleagues.

Needing further clarification, I added that the program was listed on the American Academy of Cosmetic Surgery website. The representative looked confused and surprised and responded with “Oh, I didn’t realize we were advertising there.”

This exchange led us down a very interesting path of conversation, which concluded with her coming to the shocked realization that I, dual degreed with two doctorates and chief resident female oral and maxillofacial surgeon, was not actually applying to be the office manager but instead for the fellowship position.

I believe this silly and laughable confusion was a result of my appearance.

It is experiences like this one that are subtle examples of how the world around us readily judge us by what they see. When our external appearance does not match our internal identity, negative outcomes can arise for all involved.

Although my experience was a light-hearted one, I can only imagine the unpleasant encounters that so many of my trans patients have shared with me prior to and during their transitioning.

I have heard stories ranging from disapproving staring and inappropriate comments to harassment, physical abuse and murder.

As November is Transgender Awareness Month, I urge all to keep an open mind and a loving heart and not judge a book by its cover. Increasing awareness will help overcome preconceived notions and stereotypes.

And once these are changed, not only will young chief residents interviewing for fellowship positions not be assumed to be interviewing for an office managerial position, but also individuals will be treated as the person they are on the inside despite how they appear on the outside.