In the footsteps of MLK 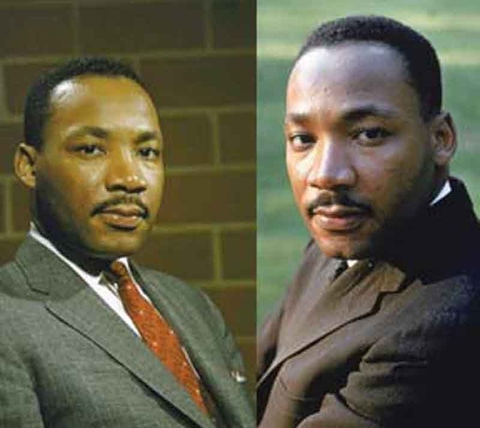 I was in the sixth grade when I first heard the “I Have a Dream” speech given by Dr. Martin Luther King Jr. (MLK) during the March on Washington. The line that has always stuck with me is the one about a child being judged by the content of their character not the color of their skin.

It struck me as a child as an obvious statement but yet a profound one. Much in the way gravity seems obvious to us now, but it was not until Sir Isaac Newton articulated it into mathematics. Then it could it be understood and studied. I think the way Dr. King spoke about equality truly helped lay out a benchmark for how we should all get to participate in the same aspects of society as everyone else.

Figures in our history like MLK are a rare and unpredictable force that help add to the vibrant tapestry of our lives. They come during dark times and inspire people to do things that are greater than we as a society had previously even thought were possible.

I wonder what sort of such figure is going to come into the collective conscience next and help guide us into a future where we value everyone for their addition to the mosaic of people that makes up our world.

I hope the next transformational figure to make a mark on our society is one who focuses on income issues along with equality. Our working class deserves an advocate who fights to improve the lives of all. We must remember, all people are impacted by an economy that concentrates wealth into the hands of a few at the expense of the many.

We need someone who recognizes that gender biases impact more than just wages but also the way we treat people just trying to use the bathroom in which they feel most comfortable. We need someone who doesn't judge someone using a bathroom based on their genitalia but rather their conduct while in the restroom.

The world needs a champion who will fight for the most vulnerable among us and do so because its the right thing to do, not because it gains them notoriety or fame. We need another figure like the good reverend who stood in front of the Lincoln Memorial that day and proclaimed he had a dream.

We need a motivational force such as that to coalesce opinion and engender into the hearts of even the most selfish of people a sense of responsibility for their fellow humans. Who this person will be remains to be seen, but I think the times are begging for the position to be filled sooner rather than later.