Can we let our politicians evolve? 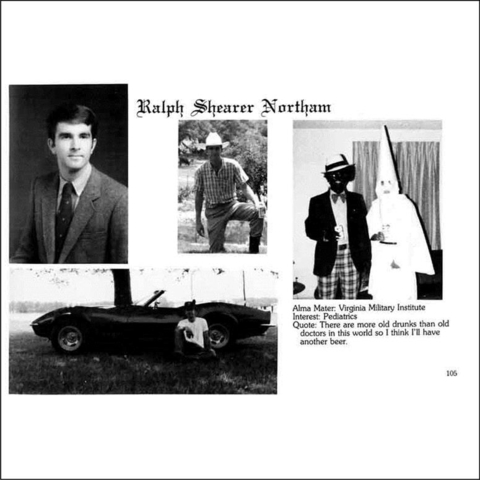 Throughout the decades that I’ve been observing politics, there have been some pretty startling turnabouts by office holders.

President Obama, for instance, was not in favor of same-sex marriage when he first ran for president in 2008. He later “evolved” to become a supporter and we all applauded him. Hillary Clinton held much the same view in 2008; she later also evolved.

Virginia Gov. Ralph Northam (who is still a governor as of this writing) evolved over the years from his Southern roots, becoming an advocate of civil rights and running on that kind of record. His actions helped him across the finish line.

However, he failed to mention a couple of things from his past. His 1984 medical school yearbook page shows him either in blackface or a Ku Klux Klan robe at a party. And he later admitted that he had darkened his face to mimic Michael Jackson in another incident.

He initially apologized for it and then said he didn’t remember being photographed that way. He then maintained that he wasn’t sure the photo had anything to do with him. There are demands for his resignation from every point on the political spectrum.

Barack Obama had some youthful misadventures as well. Considering a run in 2008 for the presidency, Obama, discussed drug usage in a 2006 meeting with the American Society of Magazine Editors.

He said to the editors, “When I was a kid, I inhaled.” Even earlier than that, in his book Dreams From My Father in 1995, and before entering politics, he wrote that he had used marijuana and cocaine – “maybe a little blow.”

“It was reflective of the struggles and confusion of a teenage boy,” he said. “Teenage boys are frequently confused.” He got the information out there and defused what could have become an issue as he entered political life.

Bill Clinton, on the other hand, when asked about marijuana use, admitted to smoking it, but said, “I didn’t inhale.”

What’s the difference here? Obama handled the issue honestly, volunteered the information and moved on with his life. If he hadn’t, then when he became president, you can imagine headlines like “Obama admits using coke.” Resignation demands from Republicans would have been certain.

Gov. Northam, on the other hand, ignored the yearbook photo, which he must have known was out there. Then, when it was discovered and revealed, he was evasive as to whether it was him.

People know their past. If there is embarrassing information and they get it out there, they control the narrative. If they try to hide it or ignore it, it becomes a matter of “gotcha.”

I think it is important for politicians to be proactive and honest about their life journey. If they started at a place that wouldn’t be acceptable today – for example holding racist views in their youth and have now evolved - they can avoid the controversy by doing what Obama did – get it out there and show by your actions that you have evolved.

If they are evolving when in office, they should do it publically, as both Barack Obama and Hillary Clinton did on their journey from being against same-sex marriage to being for it.

It’s all in transparency and honesty. Let’s face it, in this age of social media, smartphones, and computers; it’s going to be transparent anyway. It’s far better you bring up the topic than your opponents.