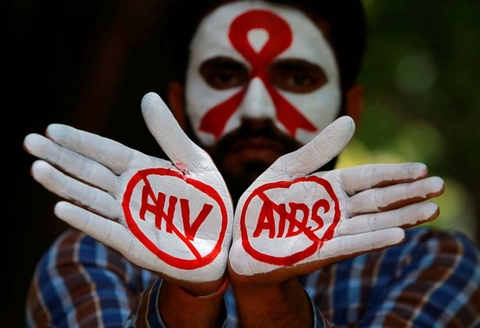 Thirty-eight years ago today, the first patient of the AIDS Epidemic in the US was diagnosed. Ken Horne of San Francisco was reported to the Center for Disease Control (CDC) with an unknown illness, which was later identified as HIV/AIDS.

At the time of his diagnosis, Horne was also suffering from Cryptococcus, a type of fungus that is found in all soil. Most people do not become infected with this fungus unless their immune system is suppressed.

A year later on May 18, 1981, Lawrence Mass becomes one of the first people in the world to write about the disease plaguing a community, in the New York Native, a gay newspaper. After Mass was assured by the CDC in Atlanta that there was no evidence of an emerging “gay cancer,” Mass wrote an article titled, “Disease Rumors Largely Unfounded."

However, the CDC had already been gathering information about an unknown disease, which would later be given the moniker of HIV (Human Immunodeficiency Virus) which, in some patients, may develop into AIDS or (Autoimmune Deficiency Syndrome).

The diagnosis was the beginning of a deadly epidemic that would shape, test, and push communities on a worldwide level. By 1982 the disease is given a name. Gay Related Immune Deficiency (GRID), was the first true name humans had for the mysterious virus, that at the time seemed only to be infecting gay men.

As the year came to a close, cases were diagnosed in Canada, Brazil, and the UK.

At the beginning of 1982 Françoise Barré-Sinoussi, at the Pasteur Institute in Paris, isolates a virus that kills T-cells from the lymph system of a gay AIDS patient. This virus would be called by many names, including LAV and HTLV-III before being named HIV in 1986.

Today, approximately 1.1 million people are living with HIV or AIDS in the U.S., according to HIV.gov.  About 15 percent of them (one in seven) are unaware they are infected.

However, “HIV is no longer the death sentence as it was described at the onsite of the disease,” said Theodore Noel in a recent interview with The Gayly. “Since the United States very first HIV diagnoses in April 1981, tremendous advances have been made in the treatment of HIV.”

Noel is the executive director of Guiding Right, Inc. which has offices in Tulsa and Oklahoma City.

“Highly Active Antiretroviral Therapy (HAART) is a customized combination of different classes of medications that a physician prescribes based on such factors as the patient’s viral load (how much virus is in the blood), the particular strain of the virus, the CD4+ cell count and other considerations (e.g., disease symptoms),” Noel added.

He said a major game-changer occurring in the last ten years is pre-exposure prophylaxis or PrEP.

“It is an HIV prevention strategy where HIV-negative individuals take anti-HIV medications before being exposed to HIV to reduce their risk of becoming infected. The medications work to prevent HIV from establishing infection inside the body,” he said. “PrEP has been shown to reduce the risk of HIV infection through sex for gay and bisexual men, transgender women, and heterosexual men and women, as well as among people who inject drugs.”