Be proud and inspire 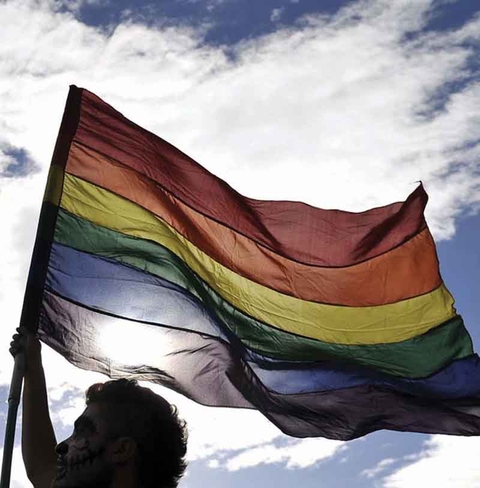 Let's be mindful of our successes and how they have impacted out lives and let's inspire each other to continue the fight for true equality.

It’s the time of year for the LGBTQ+ community to celebrate our successes. This year marks the 50th anniversary of the Stonewall Riots, and it’s the time for annual Pride parades and festivals across the country. We should be proud of the distance our community has traveled in making our long way toward equal rights.

We should be proud of our success and even more proud of our persistence. We must resist the mentality that makes some people think LGBTQ+ people are less than full citizens. We must also resist the seemingly insurmountable odds arrayed against our efforts, and we resist the vile hate and bigotry we are faced with on a seemingly daily basis.

We are celebrating those trailblazers who stood up to the physical manifestation of governmental power, the police. Those trailblazers said our community, being the target of fascist government violence perpetrated against us because of our sexual orientation, is going to stop. And stop it did!

The New York City police department ultimately stopped its raids on gay bars, and over time, police departments in other cities also stopped the discriminatory practice, for the most part. It was through the efforts of the loud and proud, the people who are unabashedly LGBTQ+ that the community achieved its great successes.

Yes, we should be proud of the successes we have fought hard for and won. The LGBTQ+ community should be proud we are finally able to marry our significant others. We need to be aware that this victory is still a young one having occurred in 2015.

We need to be vigilant against backsliding in our rights which could come from another Supreme Court decision from a court who are considerably more conservative. We need to be proud of our successes in turning an HIV diagnoses from a death sentence to a life of medication regimens. We need to be wary of politicians who claim they want to eradicate HIV and AIDS but who have taken money from the budgets providing funds to make the eradication possible.

When those in authority abuse their power, there are many recourses but, at the core of the most successful of those recourses is collective action. Our abilities are great, but when our powers are combined, we are a prolific force.

So, I submit to you that we need to be proud of our achievements of yesterday so we can undertake the herculean efforts to produce success in our battles for tomorrow. Be proud this Pride month, be merry, and enjoy the festivities wherever you may be. The time for merriment making will ebb, and the enormous battle for equality will ensue again with earnest.

Let’s be mindful of our successes and how they have impacted our lives and let’s inspire each other to continue the fight for true equality.