OPINION: Why a Jesuit school was right in refusing to fire an openly gay teacher 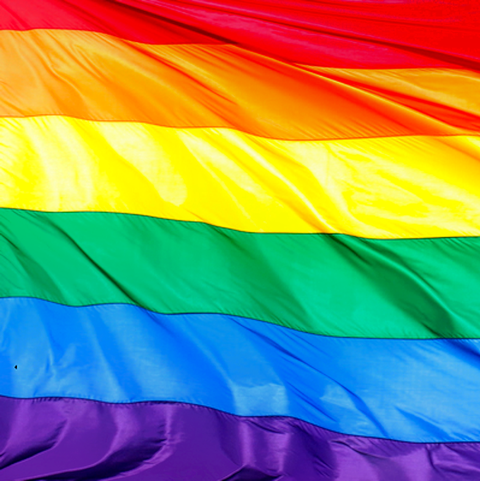 Catholics in my hometown of Indianapolis are in the midst of a culture war -- a battle between church leadership and some of its parishioners that could be played out in other communities if it hasn't already.

Last month, news broke that the Archdiocese of Indianapolis would no longer recognize my alma mater, Brebeuf Jesuit Preparatory School, as a Catholic school. Why? The Archdiocese insisted the school dismiss a longtime teacher who is in a civilly-recognized, same-sex marriage, a statement from the school said.

The archdiocese also released a statement saying: "This issue is not about sexual orientation; rather, it is about our expectation that all personnel inside a Catholic school -- who are ministers of the faith -- abide by all Church teachings, including the nature of marriage."

Brebeuf firmly pushed back, saying this "highly capable and qualified teacher" will continue to teach here.

Brebeuf's actions protected this employee and other LGBTQ+ members of its community by sending the message: You are welcome here; you are safe here. On my social media feeds, it was a day of celebration among the Brebeuf community and local Catholics. I saw only positive messages about the decision.

But the mood took a turn just days later when nearby Cathedral High School was faced with the same command by the Archdiocese regarding a teacher in a same-sex marriage. Cathedral decided to dismiss, not support, its teacher.

There was resounding anger, heartbreak and disappointment from members of the Cathedral community on social media. It's not lost on me that my social media feeds could be reinforcing my own beliefs or that those who believe these employees should've been fired aren't voicing their opinions. Nonetheless, there is a distinct fissure in the way many practicing Catholics feel about the LGBTQ+ community versus how the Church's leaders believe we should treat them.

The stark contrast in these schools' decisions is just one of reasons I strongly identify with the Jesuit philosophy. When I think of my Catholic identity, nearly all of it stems from the values instilled in me at Brebeuf.

The Jesuit tradition focuses on the education of the person as a whole, emphasizing these five virtues: being open to growth, intellectually competent, loving, religious and committed to promoting justice. These "grad at grad" values, as the Jesuits call them, might sound like a hokey mission statement, but they were taken seriously at Brebeuf. They weren't just written on hallway walls, T-shirts and in the school handbook, they were preached and exemplified by each of our teachers on a daily basis. Living out these qualities wasn't simply a goal, it was a duty.

It is the last of these principles -- committed to promoting justice -- that launched me into a career in journalism. When my teachers saw I was interested in writing, they didn't just teach me how to write better. They encouraged me to write for the greater good.

When Brebeuf defied the Archdiocese's demand, I thought of the "grad at grad" moral standards that Brebeuf is living out and which the Archdiocese sorely lacks.

The Archdiocese is unfairly targeting members of the LGBTQ+ community, bigotry that is beyond repulsive in 2019 but all too real in religious communities across the globe. Gay or otherwise, Brebeuf employees provided me with a rigorous education and a caring environment. Brebeuf's tolerance -- no, outward support -- for its LGBTQ+ faculty and students has fostered thousands of accepting and loving alumni.

Fr. James Martin, a Jesuit priest, tweeted about the contradictions of what the Archdiocese is asking Catholic schools to do. If employees must be "supportive of Catholic teaching," as Martin points out, a wide swath of Catholic school employees would be subject to termination, including straight people living with a significant other outside of marriage, married couples using birth control and Catholics who don't go to Mass, as well as those who practice another religion or none at all. I think that's pretty much every person I know.

Brebeuf didn't have much to lose in its relationship with the Archdiocese, which doesn't provide the school with any funds or ministers, according to the Indianapolis Star. Cathedral's defense of their decision notes everything they would've lost, including permission to refer to itself as a Catholic school, the ability to celebrate the Sacraments and its status as an independent nonprofit organization.

These would be tough challenges to face. But when leaders of Catholic institutions focus solely on doctrine, status or other rules of the Church, they lose sight of what this religion is all about -- God's unconditional love for all people.

Brebeuf unified around faith. Cathedral allowed doubt to take over. What good is the designation of being a "Catholic" school if you lose your values in the process? As Martin says, Brebeuf protecting its LGBTQ+ employee "is the most Catholic thing that the school, and the Jesuits, could do."