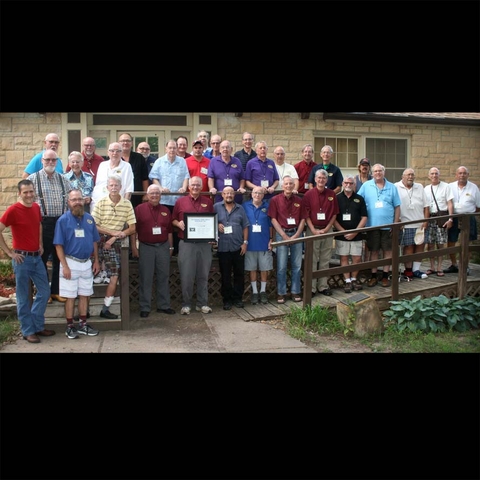 In 2010, Stephen Gragert found himself alone and in need of friendship. He had wished there was a group of like-minded men he could meet with for socializing.

“I had started attending Wichita Pride meetings for a short while, but it just was not what I was looking for,” Gragert said.

Attending an unrelated event, he happened to meet a man named Norm Gentry who handed Gragert a Prime Timers business card. He found out when their next event was and attended.

“Some younger guys like older mature men who are not into playing games [in relationships] and are financially stable,” said Gragert.

Most Prime Timers are middle-aged to older men, but the minimum age to join is 21.

“I was on my own with limited finances at the time,” said Gragert. “I found out some of the events are low or no cost, so I got to know some of the guys. Playing cards was fun. At first, it is kind of scary, not knowing what to expect. Soon I felt comfortable associating with like-minded guys.”

Gragert said he was able to talk about his feelings like he had never gotten to before.

“They understood where I was coming from, as others had had similar experiences. As my finances became more secure, I began doing other things such as going bowling, attending plays, and going to potluck dinners and business meetings.”

“As our organization grows, we will be leading the pack in seeking answers to the needs and problems of maturing gay and bisexual men,” he said.

Gragert is now the Chapter President in Wichita.

“Obviously, someone saw some potential in me, and I hope to leave a positive influence on the organization and personally on each man in the group. I am so thankful for our board of directors who help me with my endeavors.”

On August 17, this Wichita Chapter is celebrating their 20th Anniversary. In the past two decades, the group said they feel they have come so far in providing good social activities for bi and gay men.

“Our founder, Dale Sneeringer got together with five others in 1998 in search of a method to unite men together in healthy activity,” said Gragert. “The group chartered in 1999 with the Worldwide organization. In August each year, we celebrate our ‘Founder’s Day’ in some special way.”

This year, at the Wichita Prime Timers 20th Anniversary event, they’ll have a catered meal and will host a program with Jack Nimmo, the Prime Timers Worldwide President, as the guest speaker. The event will be held at 6 p.m. at the South Central Realtors Association building (170 W. Dewey in Wichita).

Someday, Prime Timers Worldwide hopes to have Chapter will be in every major metropolitan area in the world.