The reality show changing the game for LGBTQ fans 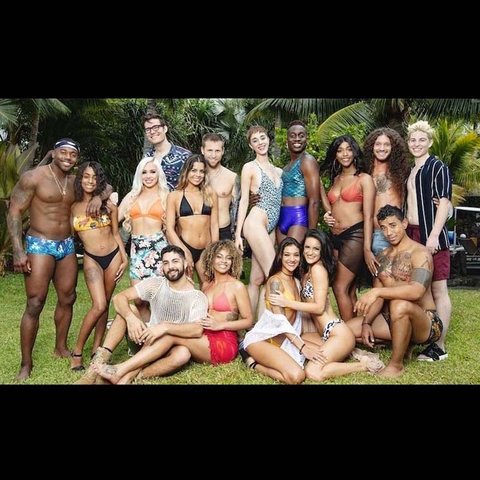 The Season 8 cast of "Are You The One?" Official photo.

When I was young, watching TV was how I found out about the rest of the world, how my mind began to grasp just how little my small, relatively homogenous hometown was showing me, and how much more there was to see.

But television didn't just help me understand other people better -- thanks to shows like The L Word and Orange is the New Black, TV also helped me understand myself and come to terms with my own identity as a queer woman. That's why I've always known firsthand why representation in our media is so important.

Over the last few years, society has finally started to celebrate the power of on-screen representation to translate into off-screen changes in how we see ourselves and how we see others (which often leads to changes in our politics, personally and institutionally). But it's always been a bit different on reality TV.

Long seen as lowbrow, reality TV is rarely cited outside academia as a pioneer in representation. But reality TV has just as much (or more) power to influence our beliefs and actions as any other kind of television. We just don't talk about it as much. But we need to, as the eighth season of MTV's reality show Are You The One?, is proving, episode by episode.

As it always has been, Are You The One is replete with drama. But unlike other seasons, this year it's also very, very queer. Everyone in the cast this season, which includes transgender and gender-fluid cast members, is open to dating anyone of any gender, meaning any of the other 15 people in the house could be their perfect match.

By featuring an all-LGBTQ cast, the show allows for many different kinds of queer people to see themselves on screen. Past reality shows like The Amazing Race Canada or Bachelor in Paradise have featured queer cast members, but usually only as one-offs. As LGBTQ viewers, we've had to struggle to find strains of our own experiences in the one or two token queer cast members.

On this season of Are You The One? we get 16 different people's experiences to relate to, connect with and learn from. This deeper representation allows for a much more nuanced understanding of LGBTQ communities not only for us, but non-LGBTQ viewers too.

One example that shows how well this season of Are You The One? is representing LGBTQ people is how the show has dealt with coming out. Previous LGBTQ representation in reality TV — and, truthfully, television and film broadly — has generally characterized coming out as having only two stages: before and after. The first stage is before you come out, typically shown as sad and depressed. The second stage, after coming out, is usually depicted as happy and fulfilled. But this just isn't an accurate, full portrayal of what coming out looks like for a lot of people — and for the first time, Are You The One is showing that nuance.

Coming out is also often more complicated emotionally than reality shows give room for. It can entail an initial wave of feeling liberated after coming out, only to then have a longer road coming to terms with feelings of internalized homophobia. That's something I've rarely seen represented — and certainly not in reality TV — until now. On this season of Are You The One?, a cast member named Max talks frankly about his long coming-out journey and his struggles to fully embody his identity.

Are You The One? is getting LGBTQ representation right in other ways as well.

The audience sees Kai, a non-binary cast member giving himself a testosterone shot and talking with another cast member about how he's only now truly felt attractive after transitioning. The show also ends every episode by showing a link to more information about the LGBTQ community. Unlike other seasons, cast members also have access to a counselor and psychologist who specializes in working with LGBTQ people, showing the importance of queer-affirming mental health care providers.

There are multiple cast members, like Basit, who use they/them pronouns. Then there's the fact that the show features multiple bisexual men -- a population that's rarely given any screen time whatsoever.

With TV shows like Keeping Up With The Kardashians, The Bachelor and yes, Are You the One? now dominating not only our televisions but also our Instagram feeds and name-brand sponsorships, diverse, fulfilling, complex representation in reality TV may be the key to a more equitable, accepting world.

Week after week Are You The One? is delivering some of the most compelling forms of LGBTQ representation I've ever seen on screen. And that shouldn't be ignored just because it's a reality show.

Editor's note: Hannah Finnie a freelance writer whose work has appeared in The Atlantic, Teen Vogue and elsewhere. She works for the National Women's Law Center. The views expressed here are hers.
The-CNN-Wire™ & © 2019 Cable News Network, Inc., a Time Warner Company. All rights reserved.
The Gayly. 8/1/2019 @10:40 CST.