Why do all lesbians wear plaid? 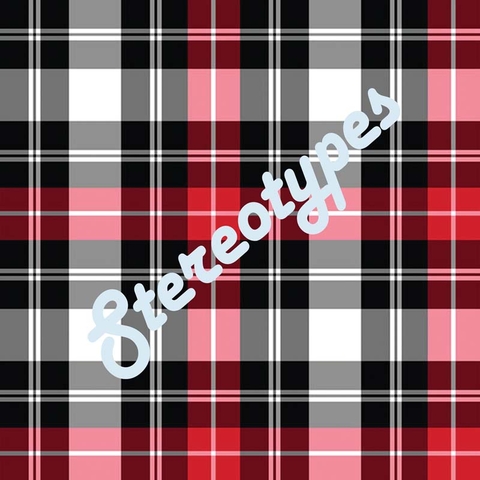 A friend of mine and I were having coffee. We talked about this and that, but eventually landed on a topic I would love to explore more with you lovely rural gays.

We were discussing how we represent our queerness in our small town. As we talked more, I began to think about stereotypes and how they influence us all in the ways we present ourselves and how others perceive us.

As many of you country queer folks surely understand, being gay, but not being able to talk about it willy-nilly in public, makes communicating our interests difficult. I relied on my visual presentation heavily when I was younger. I wanted to look the part, and after coming out of the closet, I was finally able to look like all the people I had admired but had not been able to talk about for so long.

Unsurprisingly, mimicking the 90s butch lesbian look made me a walking trope, and I felt kind of weird about that. The last thing I wanted to be was another stereotypical butch dyke, but what else could I do to be seen as a gay kid?

After talking with many of my LGBTQ+ friends, I learned that this isn’t that uncommon. Many of us have relied on television, movies, and more recently, the internet to inform our queerness, especially those of us in small towns where being openly gay is as undesirable as being a space alien.

Media is influenced by stereotype and vice-versa. Not all the queer tropes in media are necessarily harmful, but nonetheless, they inform who we are. Personally, I relied on these tropes like I crutch when I was younger because I was worried I wouldn’t be gay enough if I didn’t look like I was supposed to.

When I came out at 16, one of my dad’s first questions to me was, “Why do all lesbians wear plaid?” I shrugged and gave some passive-aggressive response that was pretty standard for me at the time.

In retrospect, not only is this question hilarious but one that can start a good discussion, too. I’ve been asked a myriad of different ways, by most of my straight friends, this same question. It’s easy to be angered by this curiosity because, of course, not all lesbians wear plaid, but I’d be lying if freshly realized gay me didn’t ask the same question.

I think the answer, “you’re wrong,” falls flat. It is more nuanced than that answer. My instinct when people ask me questions like, “who’s the “man” in your relationship,” is to get flustered and give some brief and irritated response. However, sometimes, this question isn’t framed with malice but rather sincere confusion.

I wish I could tell little me exactly how I respond to those who ask me why all lesbians wear plaid, which is to say, “Yes, there are a lot of lesbians who do wear plaid, because it is a part of the gay culture in which we were raised.

However, there is probably a greater majority of gay women who do not look like the person you see in your head; you just don’t see those women because it’s easier for the brain to categorize what is and what is not when in fact, there is no absolute. Whether you wear cowboy boots, high heels, combat boots, or any other type of shoe, you don’t have to prove anything to anybody.

If there is anything the gay community as a whole can understand, it is that happiness is invaluable and that fitting in is optional.