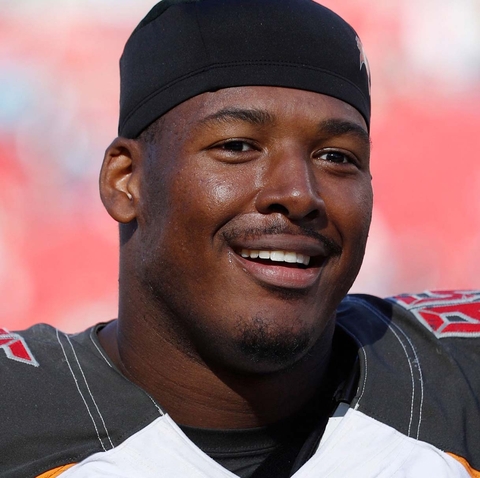 Happy National LGBT History Month, and Coming Out Day! Every year coming out is easier for people of color. I believe it’s due to so many celebrities and athletes of color being their authentic selves as LGBTQ+ people. According to SNBNation, there have been 13 openly (keyword openly – of course, there are more who are closeted) gay and bisexual players in the NFL 100-year history.

Ryan Russell, a black former NFL player with the Tampa Bay Buccaneers, came out as bisexual and sweetly posting a poem to his Caucasian boyfriend on social media.

Russell brings me to the subject of black or brown LGBTQ+ people who date white people. I feel that when minority LGBTQ+ people date white LGBTQ+ people, their sexuality is more accepted by the mainstream white straight population. I feel like if Ryan Russell had a black boyfriend, it might be perceived differently – a more negative view.

I don’t think black or brown LGBTQ+ people care who their celebrity counterparts date as long as they are visible. This year’s National Coming Out Month makes me so proud. I have been an LGBTQ+ Rights Activist for over 12 years, and I have noticed a few things like the hateful rhetoric coming from my black family and friends has decreased. These people follow me on social media and have begun asking me more questions instead of making random accusations.

I mean 70 percent of what I share on my social media outlets is LGBTQ+ related. That is a major part of how I advocate and spread my knowledge and resources. I truly believe that my bisexual family member recently came out with confidence due to her knowing that I would have her back.

I used to have knocked down drag outs (verbal disputes) with some of the people of color on social media. I believe that whether they like to admit it or not that they have learned some things which make them view LGBTQ+ people in a more positive light or at least to stop stereotyping them.

I know I am not going to win them all over. I was highly disappointed at the recent comments made about the Dave Chappelle Comedy Special in which he talked about trans people in a derogatory way to the amusement of many of my black friends and family.

I will spare you all the details that were not funny. Chappelle’s whole damn act was not the usual level of hilarity. I gave it a thumbs down, and I hope others do to so it will affect the rating.

I find that many black and brown people are desensitized and have issues empathizing with other marginalized groups. So when people keep saying those things, you just keep coming out louder than them.