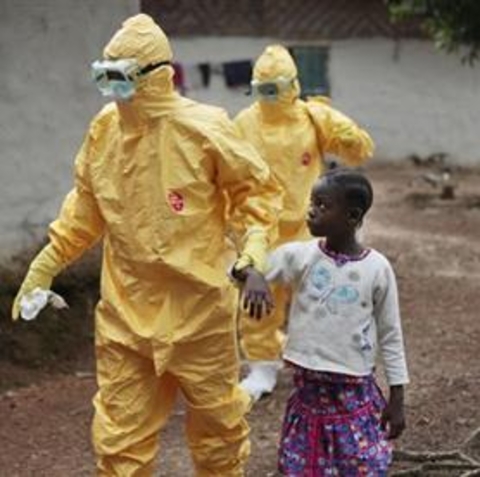 In this September photo, a child showing signs of the Ebola virus is led to an ambulance in Monrovia, Liberia. (AP Photo/Jerome Delay, File)

Geneva (AP) — By early June of last year, the Ebola epidemic in West Africa was the deadliest ever recorded. There weren't enough beds for patients and many were refusing to seek treatment, driving the outbreak underground.

Senior staffers in Africa at the World Health Organization raised the prospect of declaring an international emergency. The answer from WHO's Geneva headquarters: Wait.

According to internal emails and documents obtained by The Associated Press, the U.N. health agency resisted sounding the international alarm until August, a two-month delay that some argue may have cost lives. More than 10,000 are believed to have been killed by the virus since WHO announced the outbreak a year ago.

WHO has acknowledged acting too slowly to control the Ebola epidemic. In its defense, the agency says the virus' spread was unprecedented and blames factors including lack of resources and intelligence from the field. Internal documents obtained by AP, however, show WHO's top leaders were informed of how dire the situation was. But they held off on declaring an emergency in part because it could have angered the countries involved, interfered with their mining interests or restricted the Muslim pilgrimage to Mecca in October.

Declaring an emergency was "a last resort," Dr. Sylvie Briand, who runs WHO's pandemic and epidemic diseases department, said in a June 5 email to a colleague who floated the idea. "It may be more efficient to use other diplomatic means for now."

Five days after Briand's email, WHO Director-General Dr. Margaret Chan was sent a memo that warned cases might soon appear in Mali, Ivory Coast and Guinea Bissau. But it went on to say that declaring an international emergency or even convening a committee to discuss it "could be seen as a hostile act."

Critics and former WHO staff dismiss that reasoning.

"That's like saying you don't want to call the fire department because you're afraid the trucks will create a disturbance," said Michael Osterholm, a prominent infectious diseases expert at the University of Minnesota.

Lawrence Gostin of Georgetown University, said it was "perverse" to let politics interfere with declaring a health emergency and that the countries probably suffered worse economic damage because of the postponed alert.

"The longer you wait," he said, "the worse it's going to be for your trade and your economy and your tourism."

Warning signs — including panic and hints of cross-border spread — were there from the beginning, documents show.

In mid-April, an experienced Ebola expert with WHO's Africa office wrote to Geneva, with disturbing news that many staffers at a leading hospital in Guinea had been exposed to the virus.

"What we see is the tip of an iceberg," Jean-Bosco Ndihokubwayo wrote in an email, writing in all caps: "WE NEED SUPPORT."

The Ebola outbreak erupted at a difficult time for the agency. WHO was also struggling to contain polio outbreaks — which it had declared an international emergency in May — and Middle Eastern Respiratory Syndrome. At a June 2 meeting, one senior scientist warned the agency was "overwhelmed."

Declaring an international emergency might not have fixed all those problems but it acts as a global distress signal. Dr. Joanne Liu, the international president of Doctors Without Borders, said she had been lobbying Chan to sound the alarm.

"I told her, 'Dr. Chan, the Ebola epidemic in West Africa is out of control,'" Liu recalled telling Chan in a July 30 meeting in Geneva. "And she looked at me and she said, 'Dr. Liu, I'm not that pessimistic.' And I just said, 'Dr. Chan, I'm not being pessimistic, I'm just being realistic.'"

The emergency was eventually declared on August 8, by which point nearly 1,000 people had already died from Ebola.

WHO's Ebola response leader, Dr. Bruce Aylward, couldn't say whether an earlier declaration would have made a difference, noting that "the overall response slowed down" after the emergency was declared. "Had we declared it earlier, it is very, very difficult to say how perceptions would have affected the response."

The declaration triggered a global deployment to contain the virus, which many say came too late. Britain, China, the U.S. and others all built Ebola clinics in West Africa, but many weren't ready until late fall — after the epidemic's peak.

By the end of August, the biggest Ebola hospital run by Doctors Without Borders in the Liberian capital could only open for 30 minutes every morning and people were dying on the ground outside the gates.

"We had to make the horrendous decision of who we could let into the center," said the aid agency's Rosa Crestani. It was the first time the organization has ever had to write guidelines for how to turn away Ebola patients because there were simply too many to treat.