Quit being comfortable being miserable 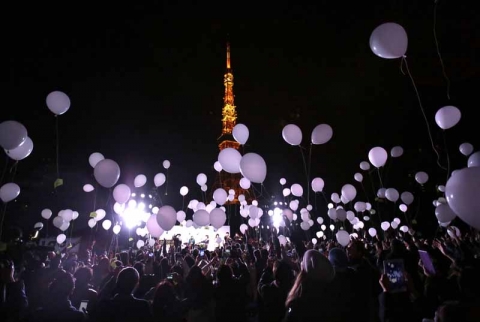 This year, let yourself be happy - quit being miserable. AP photo.

The thing about New Year’s resolutions is that they are always an effort to change something that we don’t like about ourselves: weight, bad habits, supporting Donald Trump, things like that. It’s always good to want to change, but the problem is we always pick the near impossible things to want to change first and proceed to fail fantastically.

This usually comes as a great relief to us as actually changing things is hard, and quite frankly, we’re often perfectly fine the way things are. Something more than one of my shrinks has told me is that sometimes being miserable is more comfortable and familiar than being happy.

It’s creepy, but they’re right. We’ll stuff that fourth donut in our face knowing we hate being fat, but the temporary joy of donuts is the familiar comfort we enjoy. Well, that and donuts are proof that God loves us. My point is, we sell ourselves short for short term happiness because long term bliss would require more effort and disappointment than we find worth working for. What’s worse is that sometimes we end up failing and that will just reinforce our beliefs that that dream of ours is just a dream.

That’s why I often find people who make excuses to avoid challenge and the potential for failure excruciatingly insufferable at times. Yes, this includes me; I’m not above my own criticism, in fact it’s the majority of my stand-up routine.

As a lifelong Southerner, it’s always frustrated me to listen to artsy progressive liberal types talk about how much they hate the South for being so backward, redneck, uncultured, bigoted, or whatever. They all talk about how they can’t wait to get out of town and move somewhere ‘where people don’t suck.’

Well, people suck everywhere, buddy, and where you end up moving to is going to have at least one person who sucks. Why? Because instead of trying to make the place you live now better, you just want to pack up and move to where someone else has already done the hard work of making a place you like exist.

Why did these people never start that coffee shop or bookstore? Why didn’t they start that community theater or support group? Because they wanted the work done for them, that’s why. I often think of my friend who works in women’s reproductive health in the deep South. She’s a very hipster, alt culture person who would fit right in with the Portlandia type, but she still lives in the heart of Dixie, working for women’s right to choose. Why? Because she wanted where she lived to be the place people think she should live.

Why did I move to Oklahoma to come out? Easy, I’m from Mississippi. I moved here so I could have a fresh personal start, have a better chance at finding work during my transition, and have the support of my friends who had moved here a few years before. While yes, I did become that person that moves to a place with a better environment, I did it to take the very bold step of beginning my transition because I no longer wanted to be comfortable in my misery of not being who I was.

I still love my old state and probably will end up quietly retiring there to be where my heart still is. But still, I made a bold choice and made a change by transitioning.

So, this year, why not get make your resolution something basic and achievable: quit being miserable. It doesn’t have to be losing fifty pounds or finally learning the guitar, or even finally revealing that you know what happened to D.B. Cooper. Just quit being comfortable being miserable.

Simply developing the resolve and drive to do something is better than nothing. You’ll probably fail a lot and will come up short, but if your goal was to simply just try, you’ll still feel a lot better. I’ve always described it like this - the reason babies start wanting to be potty trained is because they realize it’s not that much fun wallowing in your own crap.

So this year, take off your diaper and put your big kid pants on. Sure, you’ll still have accidents, but you’re not wearing Huggies anymore.