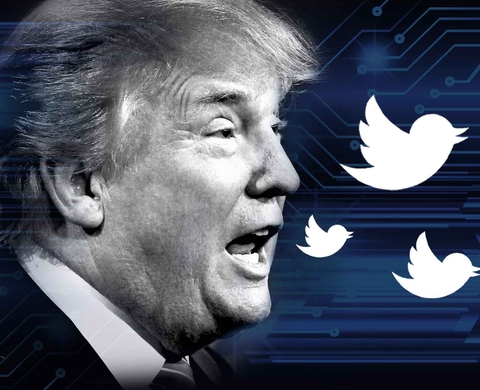 The Times, citing three people briefed on the matter, said Mueller was also combing through negative statements from Trump toward Attorney General Jeff Sessions and former FBI Director James Comey. The report said Mueller wanted to question Trump about the tweets and that the public statements from Trump on his preferred social media platform add to an obstruction investigation, which includes Trump's private statements to Comey and others about the Russia investigation as well as potential pardon offers to people who could end up as witnesses.

Trump's lawyers told the Times that none of what was under review amounted to obstruction of justice, although the report said privately some of those lawyers had expressed concern about what Mueller would be able to argue when taking many efforts and messages together.

News of the review of Trump's public statements that might touch on obstruction of justice came as Trump's lawyers and the special counsel team have continued not to reach an agreement on a sitdown interview between the President and Mueller. A list of topics earlier this year showed Mueller was interested in for a potential interview included a focus on Sessions and Comey.

Trump has said he would be willing to sit for an interview, and Trump's lawyers have sought to narrow the scope of such an interview, with Trump's attorney Rudy Giuliani offering varying statements about an interview since joining the team.

Trump said earlier this month that he "always wanted to do an interview" with Mueller, while Giuliani told CNN that Trump might have come around to thinking the interview could not be "wide-ranging."

In his statements on Twitter and elsewhere, Trump has not been shy about his disdain for Comey, whom he fired and has clashed with publicly for more than a year, and disappointment with Sessions, whose recusal from campaign-related matters paved the way for Mueller's eventual appointment by Deputy Attorney General Rod Rosenstein.

The President has likewise claimed on Twitter that the investigation into obstruction of justice was wrongheaded.

"It would seem very hard to obstruct justice for a crime that never happened! Witch Hunt!" Trump tweeted in May, although as CNN noted at the time, prosecutors can bring charges on obstruction of justice even if no one else is charged.

He claimed the following day that obstruction of justice "is a setup & trap."

And late last year, one of Trump's attorneys went as far as arguing that a president cannot be guilty of obstructing justice -- a far from settled legal matter.