Obama takes on hate and Trump takes on Obama 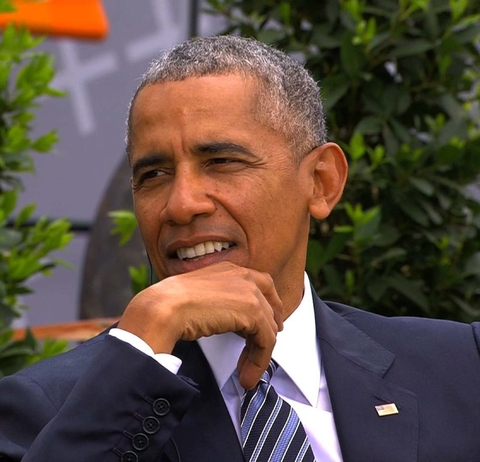 by Zachary B. Wolf, CNN

It is a strange fact of unfolding American history that the country's first black President should be followed in office by a President who has openly said racist things.

Neither President, it is painfully clear, can solve the problem of gun violence or racism in the United States, but it is in the aftermath of mass shootings like those in Ohio and Texas that the difference between America's last President and its current one is most jarringly clear.

And while many Democrats want to lay blame for a racist's rampage at a Walmart in El Paso, Texas, at President Donald Trump's feet -- since police said they found an anti-immigrant document espousing white nationalist and racist views, which they believe was written by the suspect there -- it is also true that racist shootings came before Trump, a point Trump was quick to point out Tuesday.

Former President Barack Obama broke his self-imposed political silence for an obliquely worded but directly aimed statement calling out his successor, issuing a four paragraph statement condemning racism and leaders who foster it.

"We should soundly reject language coming out of the mouths of any of our leaders that feeds a climate of fear and hatred or normalizes racist sentiments," he wrote in the statement, a rare break from his pledge to give Trump room to lead the country.

Obama did not name Trump, but there was zero mystery about who he was criticizing when he said Americans should reject leaders who "demonize those who don't look like us, or suggest that other people, including immigrants, threaten our way of life, or refer to other people as sub-human, or imply that America belongs to just one certain type of people."

He went on: "Such language isn't new -- it's been at the root of most human tragedy throughout history, here in America and around the world. It is at the root of slavery and Jim Crow, the Holocaust, the genocide in Rwanda and ethnic cleansing in the Balkans. It has no place in our politics and our public life. And it's time for the overwhelming majority of Americans of goodwill, of every race and faith and political party, to say as much -- clearly and unequivocally.

Trump, without mentioning the statement, responded Wednesday morning with a tweet quoting a Fox News personality.

"'Did George Bush ever condemn President Obama after Sandy Hook. President Obama had 32 mass shootings during his reign. Not many people said Obama is out of Control. Mass shootings were happening before the President even thought about running for Pres.' @kilmeade @foxandfriends," Trump wrote.

In fact, it was the day after Trump rode that escalator in June of 2015 and launched his divisive political career, a racist gunman shot up a church in South Carolina. Days later, Obama sang Amazing Grace during a eulogy for the pastor of that church and talked about the importance of forgiveness and acceptance.

In that eulogy, Obama talked about the need to address the more subtle racism in society not with talk, but with small actions like treating everyone with dignity and respect.

Now, faced with another mass shooting on his own watch, Trump, who has been called an enabler of racists by many Americans, promised the death penalty for murderers and looked for things other than guns to blame.

Trump will visit both Dayton, Ohio, and El Paso, Texas, this week, but local officials said they are skeptical about his motives and what he'll accomplish.

"Look, I have no sense of what's in President Trump's mind at all, right?" said Dayton Mayor Nan Whaley, a Democrat, when asked if Trump could bring the community together. "I can only hope that as President of the United States that he's coming here because he wants to add value to our community and he recognizes that that's what our community needs. That's all I can hope."

Whaley had previously said that if people were unhappy about Trump's visit, they should protest it. The mayor also said she was not reassured by the President's comments Monday since he said very little about guns and how to control them.

El Paso Mayor Dee Margo, a Republican, said he would meet with Trump but in an official and not a political capacity. He warned Trump not to trot out previously debunked allegations that the President has made about El Paso's crime rate.

"I will continue to challenge any harmful and inaccurate statements made about El Paso," Margo said. "We will not allow anyone to portray El Paso in a way that is not consistent with our history and values."

Notably, Obama was unable to enact new gun control legislation or even a new system of background checks. Trump, given the opportunity to list such legislation as a priority Monday, did not. He has previously promised to veto a bipartisan background check bill that passed through the House if it reaches his desk, although he has asked Congress to work on new legislative proposals.

Trump also pointed to video games and the internet for creating a violent atmosphere and to mental illness for motivating killers. He did not mention the effect his own divisive words -- warning of an "invasion" of immigrants or vilifying lawmakers of color who oppose him -- have further charged the political climate

For all his faults, the message of Obama's presidency, even if he failed at it, was to try to bring the country together. Trump has tried to do the opposite.