Oh, what a season! 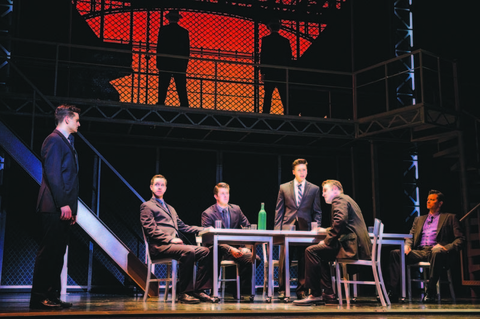 (AMARILLO, TX) Celebrity Attractions and Civic Amarillo are proud to announce the 2018-2019 Broadway Spotlight Series season lineup and “Oh, what a season!” it is with four national Broadway tours boasting a total of 11 Tony Awards.

Jersey Boys, October 16-18, 2018: In its Amarillo debut, Go behind the music and inside the story of Frankie Valli and The Four Seasons in the Tony Award-winning true-life musical phenomenon, Jersey Boys. From the streets of New Jersey to the Rock and Roll Hall of Fame, this is the musical that’s just too good to be true.

Featuring the legendary top ten hits: Sherry, Big Girls Don’t Cry, Walk Like A Man, Can’t Take My Eyes Off You and December 1963 (Oh What A Night). Jersey Boys is recommended for ages 12+ only.

The Sound Of Music, November 20-21, 2018: The Hills Are Alive! A brand-new production of The Sound Of Music is coming to Amarillo. The spirited, romantic and beloved musical story of Maria and the von Trapp Family will once again thrill audiences. Academy Award®-winning Best Score, including “My Favorite Things,” “Do-Re-Mi,” “Climb Ev’ry Mountain,” “Edelweiss” and the title song.

Something Rotten!, February 20-21, 2019: Something Rotten! is “Broadway’s big, fat hit!” (New York Post). This production, set in 1595, is a hilarious smash hit which tells the story of Nick and Nigel Bottom, two brothers who are desperate to write a hit play. When a local soothsayer foretells that the future of theatre involves singing, dancing and acting at the same time, Nick and Nigel set out to write the world’s very first musical.

Guarantee great seats for all four national touring productions at the Amarillo Civic Center Complex Auditorium, become a 2018-2019 Broadway Spotlight Series Subscriber. Season Subscriber benefits include many advantages: the best seats at the lowest prices, the same great seats for every show, the ability to buy additional tickets to individual shows before the public, and the opportunity to purchase tickets to any special add-on productions before the general public.

To become a Season Subscriber or for ticket information, call the Civic Center Box Office at (806) 378.3096 or for more information visit www.CelebrityAttractions.com.