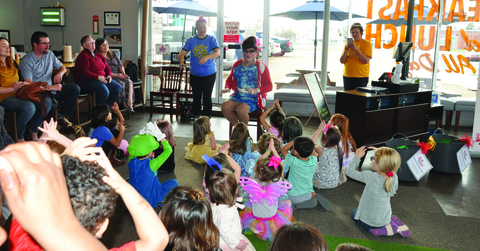 Imagine a glittering, magical drag queen in downtown Oklahoma City reading progressive literature to children of all ages. No, you’re not time traveling years into the future, Oklahoma City has its own Drag Queen Story Hour (DQSH).

Popular on the east coast, DQSH celebrates reading, fun and being who you want to be. Children and their families enjoy a fun afternoon led by local drag superstar, Ms. Shantel who reads a story, leads the children in a craft and wraps up with a dance party.

Ms. Shantel has performed as a drag queen for 17 years.

OKC’s DQSH came together when Kelli Dupuy contacted Ms. Shantel. Dupuy always wanted to go to DQSH and thought, “I’m not going to make it to Brooklyn anytime soon so let’s bring some Drag Queen Story Hour to OKC.” 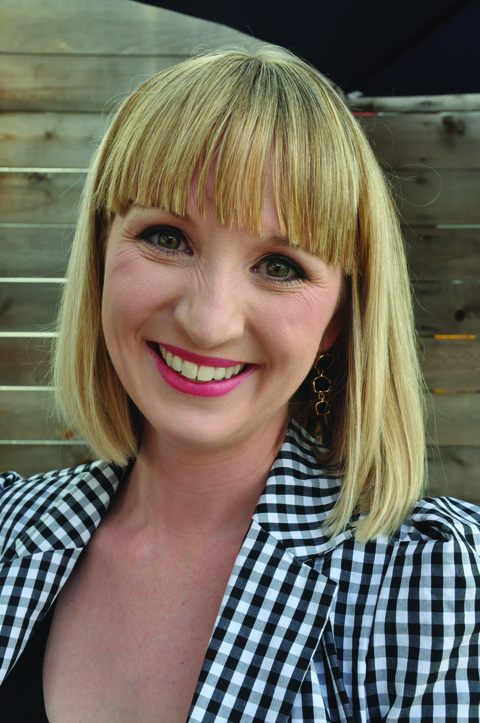 Having known Ms. Shantel for years, she asked her to be the queen. “Shantel is incredible. We just wanted to bring a little magic, a little glitter to Oklahoma City.” Aly Cunningham with Sunnyside Diner extended an offer for the location and provides snacks for the events.

Ms. Shantel said she loves being on stage because “If I can help someone forget their troubles and put a smile on their face during my show I’ve accomplished what I was trying to do. I have always been an entertainer and being in the spotlight motivates me to be the best I can be.”

As a day job, Ms. Shantel, a.k.a. Shane, has been an elementary school educator for 22 years and currently works as an Instructional Coach developing professional development for OKC area teachers.

Shane has a BS in Elementary Education, MS in Education Administration and will graduate in June with his EDD in Educational Leadership with specialization in Curriculum and Instruction.

“I have always loved education and working with kids hoping to make a difference,” he said. “Now, I’m able to combine both my passion for drag and education and hopefully change a child’s life by letting them know it’s okay to be whomever you would want to be.”

What would a seven-year-old Shane/Ms. Shantel think of DQSH? “Having the opportunity to be able to attend something like this would have been amazing. I would have realized it was okay to be me and never questioned it.”

Shane said he spent 25 long years hiding in the closet thinking something was wrong with him.

“Drag Queen Story Hour is a chance for kids to be whoever they want for an hour with no questions asked. Our books are all chosen with the common theme of ‘it's okay to be you.’

The next Oklahoma City Drag Queen Story Hour will be April 14, at 4 p.m. at Sunnyside Diner (6th and Classen). Ms. Shantel will read Morris Micklewhite and the Tangerine Dress. It’s a story about a little boy who likes to wear dresses.

Unfornuately, the April DQSH is sold out.

The May event will be Saturday, May 12, keep an eye on the DQSH Facebook page at

www.facebook.com/OKCDQSH so you won’t miss out.

DQSH is free to attend, but a container is available for donations.

Oklahoma City DQSH was inspired by DQSH, created in 2014 by Michelle Tea and RADAR Productions to bring children, families and drag queens together for celebration and fun. To organize this event in your city, visit www.dragqueenstoryhour.org.