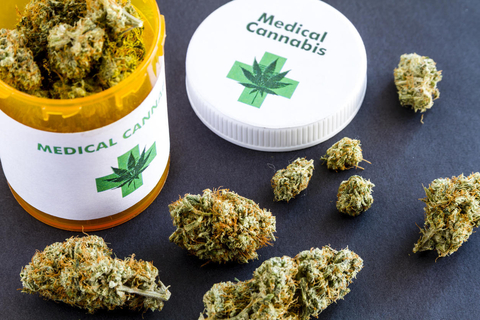 Those hoping to receive medical marijuana perceptions in various parts of Oklahoma are out of luck as major health care systems are encouraging doctors to refuse the options to patients.

Several people said their primary care givers have turned them away I the Saint Francis and Oklahoma State Medical Center areas according to the Tulsa World.

“Warren Clinic’s provider contracts and our hospitals’ bylaws require that physicians follow both state and federal laws governing the practice of medicine...A spokeswoman for the Saint Francis Health System explained in a statement. "To this end, Warren Clinic physicians and providers are not able to endorse or promote the use of cannabis with their patients.”

According to the OSU Medical Center, there’s no proof Schedule I drugs are helpful in therapeutic situations.

Therefore, “OSUMC physicians and providers are not able to endorse or promote the use of cannabis with their patients.”

Though some refuse, the Tulsa World reports, other health care systems such as INTEGRIS and Hillcrest have more flexible policies allowing individual doctors to make the decision.

“INTEGRIS believes it is within the physician’s discretion and clinical judgment to determine the presence of a medical condition(s) for which a patient is likely to receive therapeutic or palliative benefit from the use of medical marijuana,” a spokeswoman said in a written statement.

“It is the policy of Utica Park Clinic to prohibit employed providers from completing medical marijuana certificates. The exception to this policy includes board-certified hematologists or oncologists, palliative care physicians and pain management physicians; these types of providers are authorized to complete medical marijuana certificates on a case-by-case basis,” a spokeswoman said.

The Oklahoma Medical Marijuana Authority did release an official list of 38 doctors across Oklahoma who have providers willing to recommend medical marijuana.

However, according to the Tulsa World, only nine physicians who are registered with OMMA in the Tulsa and Broken Arrow areas.

Dr. Katrina Crader, an M.D. at UKPsych clinic treats patients with anxiety and other such conditions said she recommends marijuana to patients and they find it very helpful.

“I was seeing more and more that patients who tried medical marijuana were on less medication for their anxiety and were not getting addicted to opioids or benzos Crader said. “They found the medical marijuana by itself was more than enough to control both their addictions and their anxiety. So I thought, ‘This is something I need to do for my clients.’”

In the Oklahoma City metro there are 18 doctors throughout Edmond, Bethany, Yukon and OKC willing to suggest medical marijuana.

Information provided by Anna Codutti of the Tulsa World. Top of Form