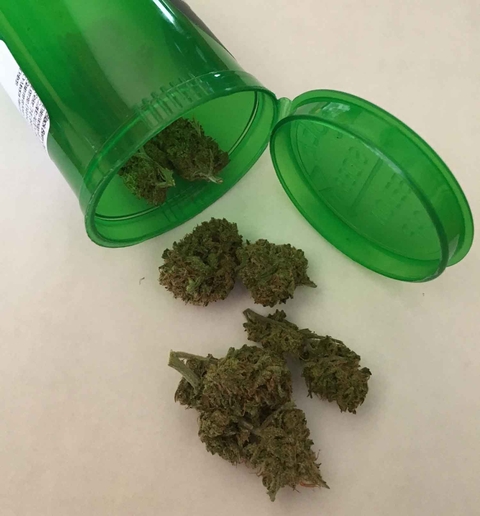 The number of applications for medical marijuana patient license in Oklahoma has soared in the last few weeks. The Oklahoma Medical Marijuana Authority (OMMA) found it necessary to shut down their call center temporarily to focus staff efforts on responding to patient applications.

Patients can continue to apply for licenses online at www.omma.ok.gov.The fee is $100 dollars for most users, with a discounted license set at $20 for persons enrolled in Medicare or Medicaid (Sooner Care). Applicants must present a recommendation from a doctor who is board certified. Doctors are typically charging from $100 to $225 for an examination to obtain the recommendation form.

Dispensaries are receiving product, although prices remain higher than sellers expect them to be. Prices for a gram are running $10 to $15 dollars, for an eighth of an ounce, $40 to $45.

A visit to one of the many dispensaries in Oklahoma City revealed a substantial product list. Although the dispensary owner said prices were still high, one customer interviewed was astounded at the volume he received for a one-quarter ounce purchase. He said that it was more product for the price than he had been able to purchase before medical cannabis became legal.

With the Oklahoma State Legislature back in session, a legislative working group that worked since voters approved medical marijuana in June has proposed a “Unity Bill” to further define the rights of patients, growers and sellers.

According to the Tulsa World, the bill provides:

Other bills being introduced by individual legislators seek to make the law more restrictive than SQ 788 passed by the voters provided.

SQ788 provided that patients who have not yet obtained their state license but are found to possess less than 1.5 ounces of marijuana would face only a misdemeanor charge and a $400 fine. SB 1030 would restrict those penalties to patients who didn’t have the license card in their possession. For all others, the previous criminal penalties of state law would apply.

Another measure calls for “county option” to opt out of the provisions of SQ788 by action of the county’s governing board.

There have been questions about the amount of tax to be collected on sales in dispensaries. SQ788 provided for a 7 percent excise tax, but state law is unclear on the matter, so many dispensaries are collecting both the 7 percent and the usual sales tax on all sales in the state. A bill has been drafted to clarify the law. There is also a pending lawsuit attempting to resolve the issue.

Another issue that concerns marijuana users is that if you want to purchase a firearm, federal law prevents that for persons making use of legal cannabis. Several bills, including the unity bill, attempt to prevent that effect in the state.

In other states in the area, Arkansas, in which voters approved medical marijuana in the 2016 election, finally started issuing patient cards to thousands of patients.

In addition, in Kansas a bipartisan medical marijuana bill has been proposed in the state House of Representatives.

Most patients and marijuana activists have been pleasantly surprised at the rapid roll-out of Oklahoma’s medical marijuana law, in what is one of the reddest states in the nation.