In one “year” and out the other 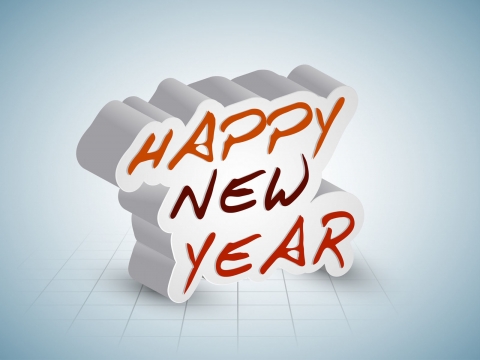 Undecided on your New Year's Resolution? Here are some ideas.

The top 10 most popular New Year’s resolutions and the top 10 most commonly broken New Year’s resolutions have a lot in common. In fact, they are same 10 things:  1. Lose weight. 2. Quit smoking. 3. Learn something new. 4. Get out of debt and save money. 5. Eat healthier/diet. 6. Spend more time with family and friends. 7. Travel to new places. 8. Be less stressed. 9. Volunteer. 10. Drink less.

Generally, 75 percent of people stick to their resolutions for at least a week but only 46 percent are still on goal after six months, according to a 2002 study. For example, gym memberships always go up after the first of the year. However, research shows that 60 percent of gym memberships are soon abandoned. Attendance is usually back to normal by mid-February.

So if you are determined to make a resolution, keep it positive, simple and achievable. Here are a few suggestions: 1. Smile and laugh more - watch the comedy channel and hang out with people who you can laugh with. 2. Help other people - that can mean making a commitment to volunteer on a regular basis or just promising yourself to contact a friend or family member every day. 3. Only promise to do things you can and will do (such as making realistic New Year’s resolutions). 4. Schedule fun time - actually put it on the calendar.

Here are a few quotes that might help you achieve that first goal of laughing more:

“Dear God, my prayer for 2016 is a fat bank account and a thin body. Please don't mix these up like you did last year.”

“I can’t believe it’s been a year since I didn’t become a better person.”

Oscar Wilde said: “Good resolutions are simply cheques that men draw on a bank where they have no account.”

From funniest New Year’s resolutions: “Don’t be convinced by that 2 a.m. infomercial.”

“Don’t stay home from work so you can watch the Law and Order: SVU marathon on USA.”

My New Year’s resolution is to be less perfect. — Jim Gaffigan

Forgot to make resolutions? Just write out everything you did last night and at the beginning add the word "stop." — Pete Holmes

And my favorite:  “A New Year's resolution is something that goes in one Year and out the other.”

So good luck with those resolutions! And Happy New Year!