Opinion: Banks don't want to work with marijuana companies. It's time for that to change 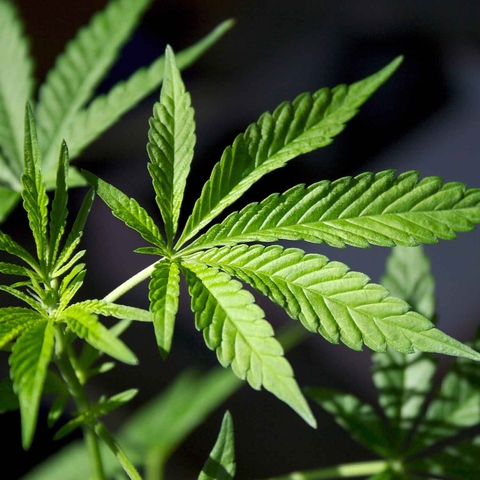 Growing and selling marijuana is a thriving industry in 33 states. File photo.

With thousands of cannabis businesses popping up in states that have legalized marijuana for medicinal or recreational use, one important problem remains: banking access.

Since cannabis remains illegal under federal law — and the federal government oversees all US banks and credit unions — banks are often skittish about granting bank accounts to these businesses. The failure to find a policy solution at the federal level has created several economic challenges and costly unintended consequences. Congress needs to pass legislation that makes clear that banks can work with marijuana companies in states that have legalized it without fear of penalty or costly red tape.

Only one in about 30 banks or credit unions across the United States accepts a cannabis business as a customer. Those that do take on cannabis companies often charge them hefty monthly account and transaction fees, in part to help offset the extra costs they incur by doing so.

While there is no law that says banks can or cannot do business with cannabis companies, banks are required to file reports to Uncle Sam detailing a customer's suspicious or illegal activities. That can prove costly. A bank can be subject to large fines if it incorrectly reports on its transactions, or if a future bank regulator accuses it of not following the reporting guidance properly. The reporting can be extensive, often covering every single action a customer takes, as it is based on the premise that the illegal activity is happening underground and the money trail is necessary to find the criminals. One small credit union in Oregon that serves marijuana businesses filed 13,500 reports over the past two years for approximately 500 cannabis clients.

The cost of these reports are passed on to the marijuana companies — often at a premium — and then on to consumers. This can make it more difficult for sick patients to afford state-regulated medical marijuana products and can lead to higher arrest rates among people who can't afford to buy on the legal market.

The challenges are even more difficult in places where cannabis businesses do not have any access to a bank. This makes it harder for regulators and law enforcement officials to conduct investigations and enforce the law because there is even less information available. Just like in any industry, accounting practices via financial institutions and electronic payment processing systems provide forensic evidence that can make it easier to identify illegal practices. At the same time, these records can also protect cannabis businesses by providing third-party proof when they are in compliance.

Over the past 23 years, state after state has moved to legalize some form of cannabis. In 2013, the Obama administration signed the Cole Memorandum, which effectively created a federal safe harbor for cannabis businesses to operate by employing a hands-off approach of non-enforcement against cannabis businesses and users who comply with state laws. But in January of last year, former attorney general Jeff Sessions rescinded the Cole Memo, creating an environment of uncertainty, especially among financial institutions.

Simple, bipartisan solutions to the cannabis banking debate exist, such as the SAFE Act and the STATES Act. These bills take different approaches: One works to create a safe harbor for banks to serve marijuana companies without unnecessary expensive reporting costs and possible future sanctions; the other amends the Controlled Substances Act to affect cannabis' illegal status. Either could be strengthened to create a safe harbor for banks to treat state-licensed cannabis businesses more like any other business. The U.S. Treasury Department, which has authority over anti-money laundering regulations, could do this administratively as well.

Bank regulators could also play a larger role by providing guidance and support for banks that choose to serve cannabis companies. The San Francisco arm of the Federal Reserve has been far more engaged in providing guidance to banks, while the Kansas City Regional Bank has gone to court (using a possible overreach of their legal authority) to stop a new credit union from serving marijuana businesses.

The banking problem in cannabis is actively working against the major policy goals of voters and legislators in each of the states that have legalized commercial marijuana. That problem can and should be fixed quickly, even if the ultimate decision on cannabis will take longer.