OPINION: Scarlett Johansson is right about one thing 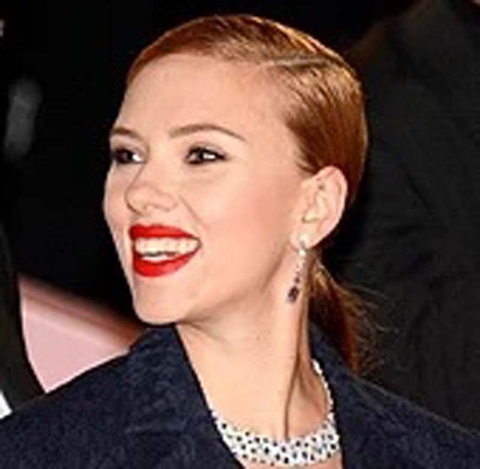 Yesterday was not a good day for Scarlett Johansson on the internet. The most recent edition of As If magazine -- a 4-year-old niche luxury magazine that is no doubt delighted with the publicity -- features the multimillionaire actress in conversation with the artist David Salle, who also styled her for an accompanying fashion shoot. In between modeling the latest Audemars Piguet watch (price: $26,800) and Dolce & Gabbana floral dress (price: $2,356), the two found time to talk about contemporary controversies in casting practice.

Johansson was already a lightning rod for those who campaign for greater diversity in Hollywood. Last year, she dropped out of playing a trans man in the proposed movie Rub & Tug, after campaigners pointed out that the role was a lost opportunity to cast a trans actor. (No actor has since been announced to replace her and the movie remains unmade.) In 2017, she starred in a remake of the anime movie, Ghost in the Shell, as a white-bodied cyborg who takes on the brain of a Japanese woman. (Both soul and body were Japanese in the original manga; this was a meta-level of white identity-snatching.)

So Twitter was already primed to take down Johansson when As If published her response to a question by Salle about casting and identity: "You know, as an actor I should be allowed to play any person, or any tree, or any animal because that is my job and the requirements of my job." Twitter is not pleased. Johansson has been forced to issue an apologetic clarification.

It's easy to get angry about wealthy white actresses seeming to dismiss their social critics; it's also easy to mock clicktivists who seem to virtue signal on social media. As ever, it's worth trying to think a bit more critically about what's going on here.

One reason people are so hurt by Johansson's comments, particularly transgender people, is that if you read Johannson's reference to "any tree, or any animal" in the context of her mooted role in "Rub & Tug," it sounds like she's comparing playing a transgender person to playing a tree. Given how frequently trans people are dehumanized, often as a prelude to violence, that is deeply threatening. When people from minority groups ask Hollywood to think a bit more carefully about who portrays them, they're asking to be treated like human beings -- asking for recognition that their stories are human stories. No one has ever stopped Scarlett Johansson from playing a tree -- whereas they have objected to her playing a trans man or a Japanese woman. The difference between the two is basic humanity.

Johansson is right, however, as she notes in her clarification, that her comments have been "taken out of context." She wasn't talking about Rub & Tug or trans people explicitly -- the film is mentioned nowhere in the piece. It's actually artist David Salle who complains at most length about "mass hysteria" by diversity campaigners, and who hasn't been publicly criticized. The internet -- even the "woke" internet -- will never attack a man when there's a woman available instead. And let's be frank: a branch of the activist left has had Johansson in their sights ever since she endorsed SodaStream, an Israeli company once based in the West Bank.

Johansson's real mistake was to use the word "allowed." The problem in Hollywood isn't who's allowed to play each role, but who gets the opportunity. There are very few transgender actors working at a prominent level in Hollywood, and none on Forbes' lists of the highest-paid actors (which is, ironically, divided into male and female lists). Johannsson tops the women's list, earning $40.5 million between mid-year 2017 and 2018. As she delicately poses in one designer dress after another, it's hard to listen to her complain about not being "allowed" to do things.

But Johannsson has a point, and that is what's always lost in these moments of culture war frenzy. Her wider interview explores the limitations of method acting -- the acting process developed by Konstantin Stanislavski in the early 1900s by which an actor completely immerses themself in the imagined life of a character, a bit like self-hypnosis -- because acting is not simply a question of becoming somebody else. Acting is about pretend; about imagination. (Stanislavski called his method "the art of experiencing" as opposed to "the art of representation.") We risk losing something fundamental about storytelling when we deny ourselves the freedom to imagine being someone else. To insist that we only represent our own stories is to deny the fundamental importance of empathy.

That's not a fashionable line to take when the more urgent cause is the basic representation of non-white, non-cis people among the power ranks of Hollywood. But in the long run, it matters too. Nor is it helpful to suggest that everyone needs to define or disclose every aspect of themselves in order to exist creatively -- as a writer, I object deeply to the idea that I need to disclose my sexuality in order to write, for example, in defense of gay marriage. We are all mixtures of influences and identities, and we don't have to define ourselves as monoliths in order to engage in storytelling or commentary. That's how labeling can become a new form of outing.

But try to avoid labeling anyone a tree, Scarlett.

Editor's note: The author of this article, Kate Maltby is a broadcaster and columnist in the United Kingdom on issues of culture and politics, and a theater critic for The Guardian newspaper. She is also completing a doctorate in Renaissance literature. The views expressed in this commentary are hers and not necessarily those of this publication.