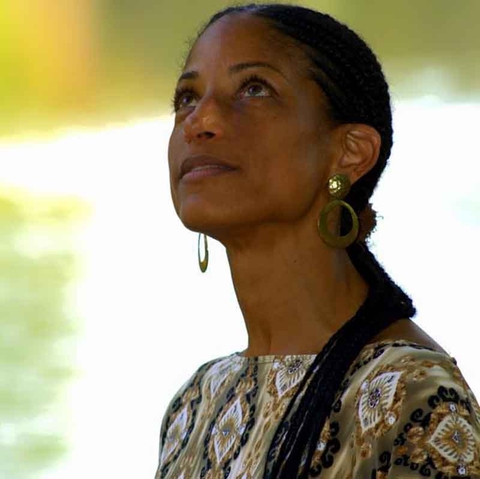 ACPA President Donna A. Lee has put Texas Gov. Greg Abbott on notice that the organization may cancel its 2018 Houston convention if the state passes an anti-transgender "bathroom bill." ACPA photo.

Texas Governor Greg Abbott and Lt. Gov. Daniel Patrick have wasted no time enlisting their state in the bathroom wars raging in North Carolina. A bill has been introduced in the state legislature that would require people in public buildings, including schools, to use bathrooms in accordance with their “biological sex.” Biological sex is defined as “the physical condition of being male or female, which is stated on a person's birth certificate.”

The purpose of the bill is blatant, state sponsored discrimination against transgender people. The proposed legislation is designated Senate Bill 6.

Businesses, state governments and organizations, which have formed the core of opposition to North Carolina’s law with similar requirements discriminating against transgender persons, are stepping up in advance of the bill’s consideration to stress their opposition to it.

One of the organizations opposing SB6 is the American College Personnel Association (ACPA), which does business as College Student Educators International, has issued a formal protest to Abbott, citing its potential negative impact on college students and ACPA Convention attendees in Houston, March 11-14, 2018.

The statement issued by ACPA said, “This bill will require people to use the bathroom or locker room (changing facility) according to the sex assigned on their official birth certificates.  It specifically requires higher education campuses and public K-12 schools, as well as charter schools, to comply.

“ACPA withdrew its international Assessment Institute from Charlotte when similar legislation, HB2, passed in North Carolina during the same quarter as the planned Institute.”

The ACPA outlined their concerns, saying, “We are deeply concerned about the lives and educational opportunities of the estimated 19,600 college-aged students who will not be able to fully participate in their education if this bill progresses.  Research shows that limiting access to restrooms creates health problems for transgender people and exposes them to harassment and bullying”.

The organization is concerned that, “The aggressive pursuit of the Texas Governor and Lieutenant Governor to pass SB6 limits our confidence that we can secure a safe and welcoming environment for our international convention scheduled in Houston in 2018.”

The cite restrictions by some state governments against doing business or attending conferences or meetings in North Caroline, saying, “In addition, many of our members are state employees of public higher education systems throughout the USA.  California and Massachusetts already have regulations preventing state employees from attending meetings in locations that have passed these egregious ‘bathroom’ and related bills that discriminate directly against LGBT people.”

ACPA Past-President Keith Humphrey, Vice President for Student Affairs Cal Poly said, “As a long-tenured ACPA leader, it is very troubling to imagine that I may not be able to attend my national Convention due to the passage of SB6 in Texas.  I understand and support California's regulations that will restrict my travel into a place where LGBT people are openly discriminated against and I am deeply saddened by the steady erosion of justice and fairness in some states within our nation.”

The statement estimated that the cancellation of their conference would, at a minimum, risk $5,129,000 in revenue for Texas. In North Carolina, which has resisted calls to overturn HB2, the cost to the state in revenues is in the hundreds of millions of dollars.

Speaking in support of transgender students and persons, the statement says, “We are counting on the people of Texas to care about visitors to the State and the negative effects of this proposed legislation on Texas business owners.  We work with transgender students, faculty, staff and administrators every day. They make major contributions to  campus life and to the well-being of our colleagues and students. They pose no threat to anyone.  The reverse is true.

“When government sanctions discriminate against human beings, violence against those individuals increases. The aggressive pursuit by the Texas Governor and Senate to pass SB6 limits our confidence that we can provide a safe and welcoming environment for our international convention participants.”

The statement concludes with a hope that the ACPA will not have to move their convention if the legislature passes, and Abbott signs SB6. ACPA President Donna A. Lee stated, “We do not wish to bring economic harm to the State of Texas nor the City of Houston by withdrawing our Convention and ACPA is an association with a deep history grounded in social justice.  We are committed to furthering an agenda grounded in equity, inclusion and human dignity.