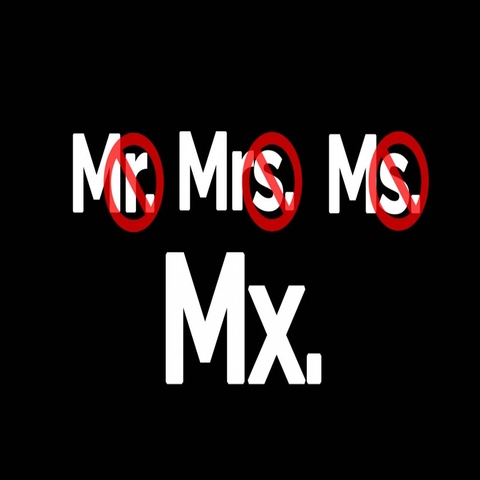 Students were back in class in Kirkwood, Missouri for the first day of school in the Kirkwood School District earlier this month. At Keysor Elementary School, students welcomed a new teacher who doesn’t go by Mr. or Mrs. but instead uses the non-gender title of Mx.

Non-binary people don’t identify as male or female. They often prefer the pronoun ‘they’ and prefer to uses the honorific title of Mx., pronounced “mix.”

A few parents said they thought it was inappropriate to allow the subject of gender identity to be brought into a grade school classroom.

"It's up to the parents to guide in things of identity or of beliefs as the children are in their formative years,” said Erin Keplinger.

“The honorific Mx. (pronounced mix) is a people-first, non-gender specific title and is a preference by the teacher. We respect individual preferences from our teachers, staff, and students. Consistent with that practice, the decision was made to honor the request.

Decisions made by the District are made in the best interest of our students, the school community, and within the parameters of our District policies, and state and federal laws.

Our teachers teach the board approved curriculum and the topic of gender identity is not addressed in the District’s curriculum. If students ask why the teacher prefers the title Mx., the response will be that it is the preference of the teacher.”

Tony Zagora told News 4 that one of his two sons attending Keysor Elementary is a student of the new teacher and that the title of Mx. hasn’t been a problem.

"We talked to our son, he's 9-years old, and he shrugs it off too. It’s a non-issue. This might be a case where we can learn quite a bit from our kids,” said Zagora.

Elaine Brune is a longtime educator who has held various positions in school administration. Brune identifies as non-binary and uses the pronoun of ‘they.’ Brune’s also used the title of Mx. for three years and said it hasn’t been any problem for students.

"Like it's no big deal. Like, it's okay. They just accept it and move on,” said Brune.

Brune advises parents to tell their children that everybody’s different and everybody gets to use what terms or titles are appropriate for them.