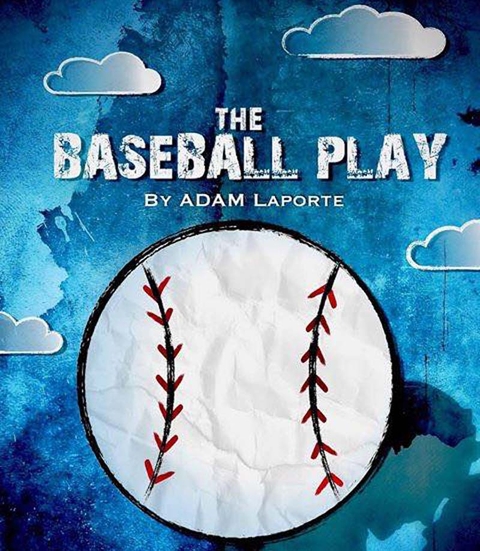 The Baseball Play is an LGBTQ+ musical by Adam LaPorte.

The Baseball Play won the BroadwayWorld award for “Best Non-Equity New Work,” chosen out of regional productions and touring shows including Lyric Theatre and Oklahoma Shakespeare in the Park.

LaPorte said his goal with The Baseball Play was to show a group of young people who are trying to define themselves, and he wanted to leave sexuality as merely a part of the story rather than the main focus. He said there is a sense in the theatre community that progress will come to the LGBTQ+ community when sexuality and gender become inconsequential to a story.

“The men in The Baseball Play are queer, but they're also athletes, sons, intellects and a myriad of other things,” LaPorte said. “They aren't heroes or villains. They are people, shaped by expectations, both theirs and the worlds, who happen to kiss...a lot.”

He wanted to avoid the “coming out narrative” and focus instead on the story of a young man making decisions about his life and how his sexuality may fit into his plan of life - a feeling LaPorte said many people in the LGBTQ+ community may identify with.

“For many young people, any modicum of self discovery is a potential threat to their well-rehearsed identities and air-tight life plans,” he said. “The dissonance between "the plan" and the increasingly apparent truth can hit young members of the LGBTQ+ community especially hard.”

LaPorte said representation is especially important in theatre because it combats the “golden-age” of heteronormativity. He also takes pride in that his Baseball Play characters are complex and even morally-flawed. LaPorte noted that writers often fall into what he calls “guilt-driven diversity” - including minority characters with seemingly no moral flaws, making the characters unrealistic.

“Interesting characters require conflict and moral ambiguity,” he said. “I believe it is beneficial to have LGBTQ+ characters who are occasionally unlikable, or selfish, or jealous, or wrong. These qualities just makes them more human.”

The relationship in The Baseball Play is as complex as the characters, not a grand romance. It’s what LaPorte calls a “comfortable level of queerness.”

Although LaPorte was ultimately proud of The Baseball Play, he also pointed out that there are areas of potential improvement. For instance, he said the show did rely on some stereotypes, and the cast showed no people of color.

“It can be frustrating as a creator to push for more inclusive theatrical storytelling only to be haunted by the places where you fell short,” he said.

LaPorte said, every time someone writes an LGBTQ+ work, the burdens are lessened, and he is hopeful for more representational content from creators with stories that show queer characters simply as people.

“If all creators continue to push onward, then we could find ourselves in a theatrical landscape as diverse as the world we live in,” he said.

BroadwayWorld writer and OCU student Jessica Vanek praised the show for the vocal and acting skills of the cast, and she even called LaPorte a "genius," for the writing.

“Being able to take a work never performed before and give it so much heart is incredibly admirable and I was, as the millennials say: shook,” Vanek wrote in her review.