PrEP: To take or not to take 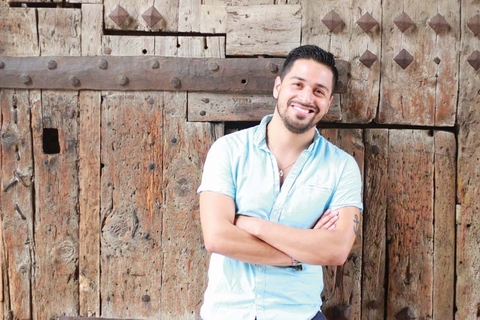 PrEP (Pre-Exposure Prophylaxis) has been shown to reduce the risk of HIV infection through sex for gay and bisexual men, transgender women, and heterosexual men and women, as well as among people who inject drugs.

According to the CDC, the estimated level of protection for people who take PrEP seven days a week is above 90 percent. For people who inject drugs, the number drops to 70 percent.

“Prep is a key to ending HIV,” said Jose Vega, who does not hide the fact that he takes PrEP.  “People who use PrEP correctly and consistently have higher levels of protection against HIV. PrEP is another method for safe sex. I encourage other to use prep and condoms because safe sex is good; safer sex is better.”

Vega said he had experienced some challenges with PrEP.

“There are side effects to taking Prep like nausea, headaches, and body aches, but for most people, this is very temporary. Everyone is different when taking a medication. For me, I had terrible nausea and leg pain in my first week of PrEP.”

Vega said his doctor had him cut his pill in half for two days and things were back as usual. He took that regimen for two weeks, and he was able to take a whole pill a day, with no side effects.

“I have been taking Prep for two years now.”

Vega has had some difficulty getting PrEP prescribed in Tulsa, Oklahoma where he lives.

“It was a struggle to find a doctor who would prescribe it for me, let alone see me and discuss the topic,” said Vega. For eight months I called doctors who were in my network. First, it was the initial call for new patient set up. I would call and let them know I wanted to be seen for PrEP and if the doctor was PrEP friendly.

“Several times they would say, ‘No the doctor doesn't know what that is.’ or the doctor themselves would tell me ‘I don't feel comfortable prescribing that medication.’ A few doctors would set up the first appointment and have the conversation with me but felt I was not a high-risk patient, like an IV drug user, an individual with an HIV-Positive partner or someone with multiple sexual partners.”

Vega was frustrated but did not give up.

“My search continued until I found a doctor who was in my network and was willing to take the journey with me. I was his first patient, and since then I go in every three months, get my test results and my three-month prescription.”

Where Vega talks freely about his use of PrEP, we found very few people who would. One person agreed to share their experiences with us but would not allow us to use their real name or where they live. We will call them “Bellamy” for this article.

“I don’t talk about my use of PrEP because I hear so many people ‘slut-shaming’ people who take PrEP,” said Bellamy. “Sadly, it’s many of the people I know who drink excessively, do drugs (not IV drugs) and then practice unsafe sex.

“Sad for them, but I am staying out of that trap! It’s just too bad people act that way. Our community is so judgmental. Then they cry when something like HIV hits home with them. It’s like a smoker crying when they get cancer. I know it’s tragic, but seriously folks. What do you expect?”

Bellamy said she had some side effects in the beginning, too.

“I had some nausea and a headache for about a week. That was it. I just trudged through it. I’m sure if it would’ve lasted, I would’ve called the doctor, but the doc told me to expect some side effects in the beginning.”

Vega said PrEP can be free if you can find a doctor to prescribe it for you.

“I am fortunate to have health insurance; I pay my copay at the doctor's office. When I go to my pharmacy, my insurance only covers part of the medication.

“But there is a program called Gilead Advance that helps pay for PrEP even for uninsured individuals. They pay the portion that my insurance does not cover.”