Prevention really is the cure 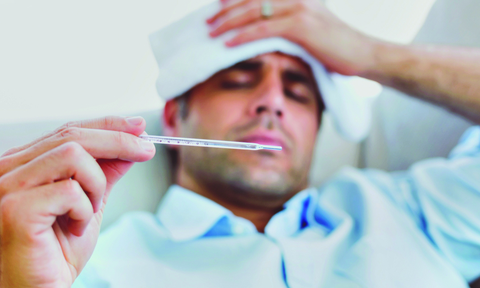 People have been sneezing, wheezing and coughing for a while now because it’s that time of the year. As the weather gets cooler, people tend to share more viruses and bacteria with each other because they tend to congregate inside in closer proximity to one another.

Any respiratory infection from the relatively innocuous common cold up to the much more severe pneumonia can cause discomfort and put us down for a few days, but for those who are HIV+ or who have developed AIDS, these infections can be deadly.

The best course of action for dealing with any respiratory infection is to practice good preventative behaviors. These include such things as frequent hand washing, disinfecting hard surfaces such as desk and tabletops, computer and tablet keyboards, and that current staple, our cell phones. As much as possible, avoid being around people who are sick, or overly crowded spaces such as airports or bus terminals where the combination of excess people and heated air are a prime breeding ground for pathogens.

There are prescription and over the counter (OTC) medications that might lessen the severity or duration of a cold, but always check with your doctor or pharmacist before taking these, especially if you are taking a regimen for HIV.

A few steps up from the cold is influenza (flu). Because it is so common and we hear the warning ads every fall about getting vaccinated, many people dismiss the flu as something harmless. The fact is that tens of thousands of people die each year from the flu with the elderly and those with compromised immune systems being hardest hit.

People who are HIV+ tend to be hardest hit by flu complications and should receive the flu shot. Some people are wary of the vaccine because they believe they will catch the flu from taking the shot. Although some people may have a mild reaction to the shot, they do not catch the flu. The vaccine is made from an inactive virus and cannot spread the illness.

Those people who have reported being ill after the vaccine were either exposed to the live virus prior to receiving the shot (it takes about two weeks for the vaccine to fully activate in the body) or they are sensitive or allergic to eggs (chicken eggs are used in the development of the vaccine). At one time, people with egg allergies were advised not to take the flu shot, but that recommendation has been changed for the 2016-2017 flu season.

People at higher risk for complications from the flu may benefit from taking a second flu shot later in the flu season for additional protection. People with compromised immune systems should never receive the nasal spray (it contains a live, weakened virus), and the general recommendation from the Centers for Disease Control (CDC) is that nobody receive that form of the vaccine this year. Individuals who are HIV+, but who cannot take the flu shot, should receive antiviral medications for chemoprophylaxis.

Forms of opportunistic pneumonia have long been the scourge of HIV+ individuals, but the advance in treatment options has led to decreased risk factors for viral pneumonia. However, bacterial pneumonia infections have increased for this population. HIV+ women have been reported to develop bacterial pneumonia at a rate of more than 10 times that of HIV- women.

Older adults and those with compromised immune systems may need to receive more than one type of pneumonia shot to help protect against multiple types of the infection. For those of you who may be thinking to yourselves, “But Mary, I hate needles. Shots hurt,” consider this:  the needle used to drain excess fluid off your lungs is long enough to go through your back and into your chest cavity. Ouch!

My point is the mild pain of prevention is many times better than the bigger pain of treatment. Be well.