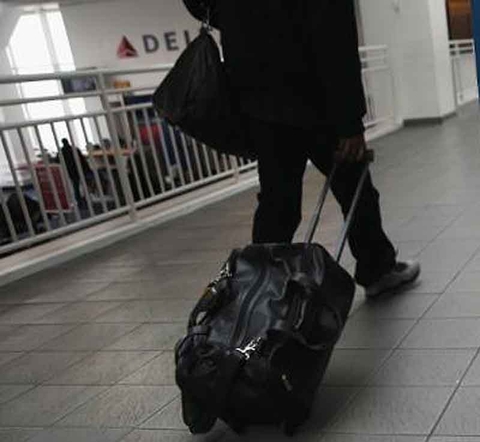 Are you under surveillance? CNN video.

In a previously undisclosed Transportation Security Administration program, federal air marshals are tracking American citizens not suspected of a crime, not under investigation or who are not on any terrorist watch list, the Boston Globe first reported and CNN has confirmed.

The aim of the program, known as "Quiet Skies," is to gather details about the peoples' behavior on the plane to try to thwart any potential aviation threats, the Globe reported and a TSA official confirmed to CNN.

Before people board a plane and are watched by federal air marshals, officials use information from the intelligence community and their previous travel patterns to help choose whom to target, according to the TSA official. The official added the program has been in existence in some form since 2010, and said Congress is aware and provides "robust" oversight.

The Globe reported that thousands of what it called unsuspecting Americans have been the target of surveillance in the airport and aboard flights by small teams of air marshals, according to government documents it obtained. According to the Globe, officials look for such behaviors in those who are under surveillance as being abnormally aware of surroundings; exhibiting behavioral indicators such as excessive fidgeting, excessive perspiration, rapid eye blinking, rubbing or wringing of hands; with an appearance that was different than information provided; or if the person slept during the flight.

The TSA said the program is not targeting ordinary Americans. "The program absolutely isn't intended to surveil ordinary Americans. Instead, its purpose is to ensure passengers and flight crew are protected during air travel -- no different than putting a police officer on a beat where intelligence and information presents the need for increased watch and deterrence. The program analyzes information on a passenger's travel patterns while taking the whole picture into account and adds an additional line of defense to aviation security," the agency said in a statement.

An air marshal source told CNN some marshals have concerns about the program, saying focusing on passengers who "look suspicious" pulls the marshals away from their mission of protecting the cockpit because they are keeping up surveillance of the individual. That means rearranging marshals' seating and how they are deployed, meaning which flights they are on.

Marshals observe the people for behavioral cues that officials have previously associated with those of terrorists, the TSA official said.

All American citizens who enter the United States are automatically considered for inclusion in the program as officials check their names against watch lists and examine their patterns of travel, according to agency documents obtained by the Globe.

The TSA official would not divulge more details but said individuals are not targeted based on race or nationality.

Officials would not say whether any terrorist plots have been thwarted because of this program.