Pride marches step off across the country 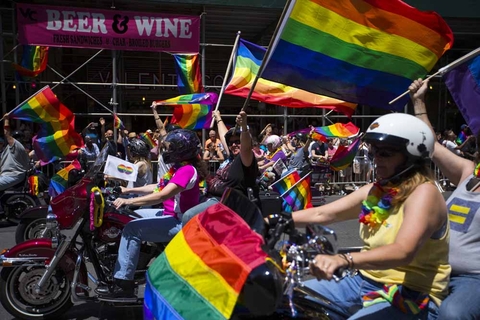 LGBT+ people and their allies stepped off across the United States and the world today, expressing pride in their gains as a sexual minority and demanding equal rights where they aren’t accorded.

The Associated Press wrote, “Gay pride parades Sunday in New York, San Francisco and other cities are spotlighting resistance to what participants see as new pressure on gay rights, while contending with the prospect of protests over the events' own diversity and direction. 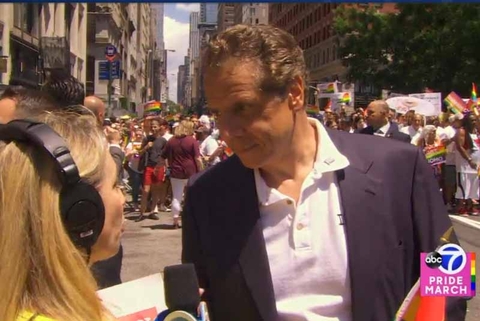 “In a year when leaders are anxious about President Donald Trump's agenda, both the New York and San Francisco parades will be headed by groups more focused on protest than celebration. In New York, grand marshals — including the American Civil Liberties Union — were chosen to represent facets of a ‘resistance movement.’”

In New York City, organizers were expecting a record-breaking 40,000 marchers, according to Heavy.com. It was expected that crowds watching the parade would near two million celebrants, and the march was televised live on ABC-TV as well, so people across the country could join in the festivities.

Heavy.com wrote, “This year’s theme is ‘We are proud’. In a recent statement to AMNY, NYC Pride March director Julian Sanjivan said, ‘There’s a lot of uncertainty that people are feeling. We must come together and feel, this is who we are, and we are proud of being who we are.'

“Glenda Testone, the executive director of The Lesbian, Gay, Bisexual & Transgender Community Center in the West Village, tells AMNY there has been a 30 percent increase in demand for the company’s services since President Donald Trump was elected.”

But the prospect of protests from within the LGBT+ community were anticipated. “Some activists feel the events are centered on gay white men,” said the AP, “and unconcerned with issues that matter particularly to minorities in the movement, such as economic inequality and policing. 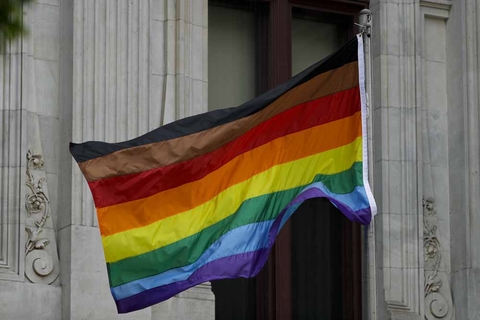 The Philadelphia City Hall flies an altered Rainbow Flag that includes stripes of black and brown to note the inclusion of all in the LGBT+ community. AP Photo, Matt Slocum.

“The divide has disrupted some other pride events this month. The No Justice No Pride group blocked the Washington parade's route, and four protesters were arrested at the parade in Columbus, Ohio.”

In Minneapolis, as the Pride march stepped off, the AP reported, “Sunday's parade was disrupted just minutes after getting underway in downtown Minneapolis. WCCO-AM reports about 200 protesters began marching down Hennepin Avenue and at one point, staged a die-in.

“Parade organizers on Friday invited police to participate in the annual parade after initially asking police to minimize their participation due to tensions over a jury's recent acquittal of a Minnesota officer who fatally shot [Philandro} Castile during a traffic stop last year. But Minneapolis Police Chief Janee Harteau, who is the city's first openly gay police chief, called that decision ‘divisive.’

“Protesters chanted ‘No justice, no peace, no pride in police’ and carried signs reading ‘Justice for Philando’ and ‘Black Lives Matter.’"

"’The pride celebration is a platform for that dialogue to happen,’ San Francisco Pride board president Michelle Meow said this week. The large ‘resistance contingent’ leading San Francisco's parade includes groups that represent women, immigrants, African-Americans and others along with LGBT people.

“New York paradegoers Zhane Smith-Garris, 20, Olivia Rengifo, 19 and Sierra Dias, 20, all black women from New Jersey, said they didn't feel there was inequality in the movement.

"’Pride is for gay people in general,’ Dias said.

“New York City pride parade spokesman James Fallarino said if there are any disruptions or protests, organizers will ‘do everything in our power to respect the people who are disrupting or protesting and to respect their message.’" 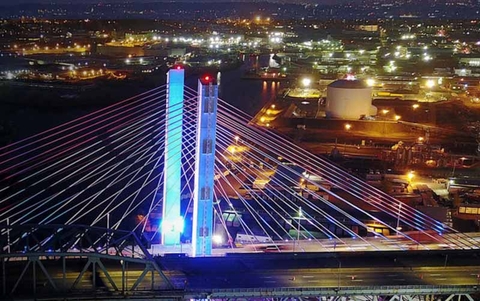