The problem with co-opting "queer" 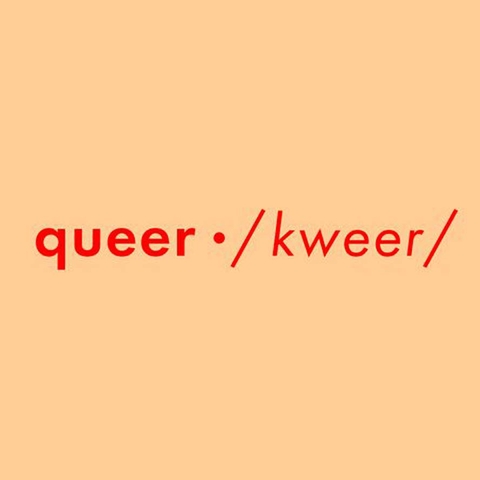 Stephanie Fairyington is a journalist in New York City who writes on gender and sexuality. The opinions expressed in this commentary are hers.

During Pride Month, a 40-year-old cisgender heterosexual guy friend, who's dating on OK Cupid, sent me a Gchat asking me to decode what it means to identify, as a prospective online match of his did, as "a straight, queer, sapiosexual, gender nonconforming, nonbinary, person who uses they/them pronouns." As Gen Xers, this profilee's earnest, messy mouthful made us laugh. "What?!" we guffawed like old people who don't get it.

The person of interest is 26 years old, a young millennial whose sensibilities probably align better with those in the Generation Z demographic, (those born after 1997), 35 percent of whom (according to Pew) know someone who uses gender neutral pronouns.

My friend's fundamental question was, "Is this person an anatomical female," a prerequisite for him to pursue the relationship sexually. While the troubling potential transphobia underpinning that formulation wasn't lost on me, I too was stumped by the person's use of the word "straight" followed by the word "queer."

After all, what does that mean when you call yourself queer and eschew gendering labels? As a 43-year-old queer lesbian, I understand that "queer" in more academic (privileged) milieus essentially means "non-normative," and can signify a philosophical and political stance against normalization, as well as a sexual and gender orientation. But doesn't "queer" (combined with nonbinary pronouns) automatically unravel the term "straight," which has historically meant being sexually inclined toward people of the opposite sex, "square" (in 1950s parlance) and prone to conformity?

While I appreciate the goodwill and solidarity of cisgender heterosexual males and females self-identifying as "queer," it befuddles an already murky term, given the vast array of things it can mean, including gay, lesbian, bisexual, transgender, pansexual, gender queer, bigender, asexual, agender, nonbinary, asexual, (literally, the list can go on forever and ever), which dilutes its power and renders it almost meaningless.

And it's a phenomenon that doesn't sit well with some older generations of LGBTQ+ people, who also bristle at the ever-expanding proliferation of identity constructs.

While this moment in history, when traditional forms of self-representation are being totally dismantled or rethought, was precipitated by the hard work of former generations of LGBTQ+ activists, writers and thinkers, some within those older generations, including myself, find the hip new ways of self-identifying perplexing and unsettling.

A 53-year-old cisgender lesbian I spoke to who lives in New Jersey likened calling oneself queer after reaping the privileges of being straight to former NAACP leader Rachel Dolezal, a white woman, calling herself black. "I have compassion for oppressed people of all kinds and I can genuinely feel for, say, black women and their particular struggles, but I can't say I am 'black.' That would be silly and offensive," she told me.

A 43-year-old New York City-based cisgender gay man I interviewed agrees: "It's disingenuous to call yourself queer (given that it still popularly signifies someone who is L,G, B, or T) if you've never experienced the ostracism that goes with that," he wrote to me via email. (Both interviewees asked to remain anonymous given the controversial nature of the debates around identity politics within the LGBTQ+ community.)

The violent attack on a same-sex couple enjoying a date night in London, which made headlines around the world last month, might be the case in point. On May 29, five teen boys between the ages of 15 and 18, according to reporting by NPR, viciously harassed and assaulted Melania Geymonat and her female companion, Chris. According to Geymonat's Facebook page, on which she chronicled the attack, the cruel quintet called the couple "lesbian" (as if it were an epithet), demanded the two kiss and crudely alluded to various sexual activities before bloodying their faces and running off with their belongings. A "straight queer," who's philosophically aligned with wanting to challenge the norm, is not likely to get her or his face bashed in for it.

70-year-old queer historian John D'Emilio, a professor emeritus in gender and women's studies at the University of Illinois at Chicago and author of several books on LGBTQ+ history, including the seminal "Sexual Politics, Sexual Communities," is more enthusiastic about the expansiveness of the term. "It both expresses disagreement or difference from the norm and, at the same time, it's flexible so it allows for inclusion," he said in a recent interview.

While I too support the desire to collapse hierarchies and bust binaries to be more inclusive and reflective of people's lived realities, I'm not sure a muddled mash-up of identities is an effective way to politically mobilize, which feels particularly urgent as our rights (to marry, to adopt children, to serve openly in the military) remain under siege in several red states. "It's true that by declaring a common identity, whatever that might be, you can bond together, create solidarity, and have the capacity to build both a sense of community and political movement," D'Emilio told me.

But for many, the word queer still stings. Seventy-eight-year-old lesbian historian Lillian Faderman continues to find it jarring when LGBTQ+ people of her generation self-identify as queer. "Many men and women of my generation are repelled by the word 'queer.' Nothing is going to redeem that word for us because we were so wounded by it in the 50s," she told me. Fellow historian Jonathan Ned Katz, the 81-year-old author of several books on gay and lesbian history, drove home Faderman's point in a recent telephone interview. "An old friend who's in his mid-80s has recently disowned me because in passing, I referred to 'a queer art show.' He was deeply, deeply angry and offended and finds it a put-down," he said.

Like Samuel Delany, a 77-year-old renowned science fiction novelist who identifies as a "gay black man," I view the deployment of new terminologies as a way to expand understanding, but I simultaneously feel blotted out by the latest nomenclature. Today, it seems entirely uncool (and retrograde) to assert one's lesbianism. Although younger crowds will argue (and rightfully so) that the category of lesbian can alienate trans people and doesn't fully reflect the fluidity of female sexuality (and as such should be relegated to the dustbin), I see an another reason they're less inclined toward the term: Women lose a lot of social and cultural currency by being sexually uninterested and unavailable to men -- queer keeps that possibility intact.

"Radical lesbians feel swallowed up by the word queer," Faderman said, a phenomenon outlined in Bonnie J. Morris' The Disappearing L: Erasure of Lesbian Spaces and Culture, published two years ago. "It was a long struggle to get any attention in the movement and finally they did, and now it seems they're disappearing again," she said.

While my identify feels slightly smudged by the proliferation of identity categories, a part of me also hopes they represent an opening for a better future for all of us, however flawed and elliptical the path.

Long-time lesbian activist and founder of the Lesbian Herstory Archives, Joan Nestle, who's 79, offered one such perspective. "I don't feel abandoned or betrayed by another generation saying that they have to dismantle what seemed to give structure to our dreams, to form their own," she said. "That's not how history works," she emphasized.

Kate Bornstein, the gender nonbinary actor and author of several books including A Queer and Pleasant Danger, agreed. "The old categories don't work, so they built new ones. And then another generation is going to come along and those categories aren't going to work for them and they'll build new ones," Bornstein said. "That's the way of the world. That's just how it happens."