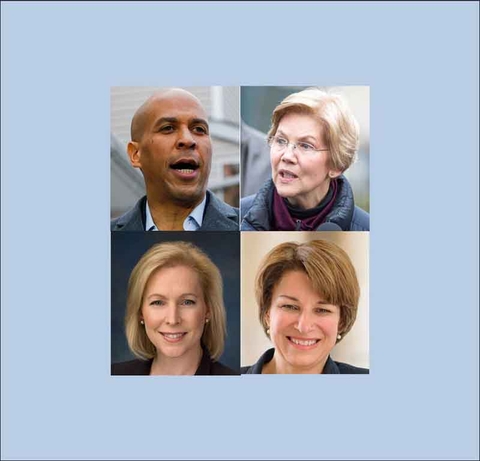 A group of progressive organizations will host a summit with 2020 presidential candidates in Washington, DC, next month, aiming to reinforce their issues heading into next year's Democratic primary.

The summit, which will be co-hosted by Center for Popular Democracy Action, Communications Workers of America, Planned Parenthood Action Fund, Service Employees International Union (SEIU), 32BJ SEIU and the Sierra Club, will give candidates the chance to outline how they would approach "democracy reform" and to discuss issues central to the groups, including organizing rights, access to health care and climate change.

The event comes as the Democratic Party has seen a progressive surge with issues like the Green New Deal and "Medicare for All" dominating some of the policy debate in the early stages of the presidential nominating contest.

SEIU President Mary Kay Henry said holding an early presidential forum gives the union's members a chance to hear from candidates on a national scale, particularly after engagement from union members and other progressive activists helped usher in a "sea change" during the 2018 midterm elections.

"Those same troops need to hear from candidates about what actions they're going to take to reinforce and strengthen our democracy," Henry said. She added SEIU members in particular want to hear candidates show a commitment to workers "joining together in unions no matter where they work or what job they do."

Dr. Leana Wen, the president of the Planned Parenthood Action Fund, said the forum will have candidates "lay out their boldest plans and commit to structural democracy reform -- how to expand voting rights, how to address unfair gerrymandering, how we can have a government reflective of the electorate."

"We are thrilled to have candidates who are coming to prioritize this foundational issue," Wen added. "And we look to them to address core issues like health care, reproductive health care is health care, fair wages and other social justice issues."

Organizers expect the summit, which Henry says will be live streamed in union halls across the country, to draw about 1,000 in-person attendees, and candidates will field questions directly from the audience.