Provost says professor's views are "racist, sexist and homophobic," but he won't be fired 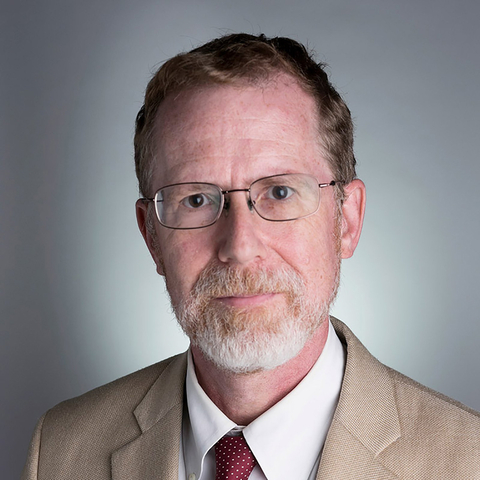 Eric Rasmusen is a professor of business economics and public policy at Indiana University. University photo.

Indiana University has received hundreds of requests calling for a controversial professor to be fired, and a provost has called his views "racist, sexist and homophobic." But the school says that, while the professor does not represent its values, he is protected by the First Amendment.

Eric Rasmusen is a professor of business economics and public policy at Indiana University, where he's been teaching since 1992. He recently came under fire after he tweeted an article from Unz.com -- which calls itself a collection of "controversial perspectives" excluded from mainstream media -- called Are Women Destroying Academia? Probably.

The article argues that women are more conformist, sympathetic and empathetic than men -- making them unsuitable for academia.

Twitter users pushed back. It received more than 380 replies, with comments ranging from "ok boomer" to others questioning if Rasmusen is fit to be a professor and teach students from minority groups.

It, along with past tweets from Rasmusen, was even shared by the Twitter account @SheRatesDogs, which boasts over 400,000 followers, on Tuesday -- and it basically went viral, garnering almost 30,000 likes.

Officials at Indiana University have received hundreds of requests calling for Rasmusen's firing since then, Provost Lauren Robel told CNN.

She didn't hold back in her statement -- calling Rasmusen's viewpoints "stunningly ignorant" and saying they are "more consistent with someone who lived in the 18th century than the 21st."

Idie Kesner, the dean of the business school where Rasmusen teaches, issued a similarly strong statement following the incident: "The professor demonstrates a lack of tolerance and respect for women as well as for racial diversity and diversity in sexual orientation. The leadership of the Kelley School (of Business) stands united in condemning the bias and disrespect displayed by this professor; we find his sexist, racist, and homophobic views abhorrent."

Rasmusen, though, said in a statement on his blog that the dean and the provost "overreacted."

In response to the Provost's claims that his viewpoints are racist, sexist and homophobic, he wrote, "These insults no longer have much meaning. I opposed admitting people to universities based on their race; I open doors for ladies; I say that sodomy is a sin. I am sure that is enough to qualify me for those insults under the Provost's personal definitions."

He also doesn't always tweet things he agrees with, he told CNN. In regards to the "Are Women Destroying Academia? Probably" article, he said he didn't agree with everything in it -- his wife taught college students, and he didn't mind -- though he thought the quote about genius was "plausible."

In 2003, Rasmusen posted on his blog that gay men shouldn't be permitted teaching jobs -- pushing the stereotype that gay men are hypersexual and calling them "generally promiscuous." The story was picked up by the Chicago Tribune, and his website was subsequently taken off the university's server.

He's also come under fire for his views on affirmative action -- he has called it "corrupt" on his webpage -- and called one woman a "slut" on his Twitter account. These are stances he has defended.

Robel, the provost, told CNN she wasn't really aware of Rasmusen's blog or Twitter account before but felt "disgusted" by what she saw.

Though Indiana University has said Rasmusen's beliefs don't reflect the values of the school, the university says it has no plans to fire the professor, no matter how many requests it gets.

Indiana University is a public school, which means it's essentially a state institution. Though private employers can fire employees for almost any reason, public employers are bound by the Constitution and the First Amendment.

The issue around campuses gets sticky. The First Amendment protects freedom of speech -- including speech that may be offensive -- but not true threats, incitements to violence, fighting words or harassment, said Tori Ekstrand, a professor at the University of North Carolina's school of media and journalism. Ekstrand studies the First Amendment and told CNN freedom of expression surrounding college campuses is a "special animal altogether."

"Public campuses have to uphold First Amendment values, but also have to uphold Title VI (of the Civil Rights Act) and Title IX, that tell campuses that they have to provide a good learning environment in which they feel able to pursue their studies," she said.

That is precisely what Indiana University is now trying to do.

Rasmusen expressed his viewpoints on his private platforms. He hasn't acted in a discriminatory manner that the university is aware of, nor have any official complaints from students, faculty and staff been made against him from, Robel told CNN.

Plus, there's the principle of academic freedom, the idea that the general public's common good depends on freedom of inquiry and the "free search for truth," according to the American Association of University Professors.

Still, the school will now be instituting steps to "ensure that students not add the baggage of bigotry to their learning experience," particularly students from minority groups, Robel wrote in her statement.

No one will be forced to take a class taught by Rasmusen -- there will be alternatives to his classes -- and the professor will have to use double-blind grading on assignments to ensure his "prejudices" are not reflected in his grading, the provost wrote in her statement.

Rasmusen told CNN he's never had any complaints about bias in his grading.

He said he has no problem with blind grading, but he questioned why it was only being applied to him. Blind grading by all professors might encourage conservative students who are afraid they might be punished for their views, he said. Requiring only conservative instructors to use it encourages bias, he said.

"If it's good for me, why not extend the idea to all the professors?" he said.