Psychoanalysts group apologizing for having said LGBTQ+ people were abnormal 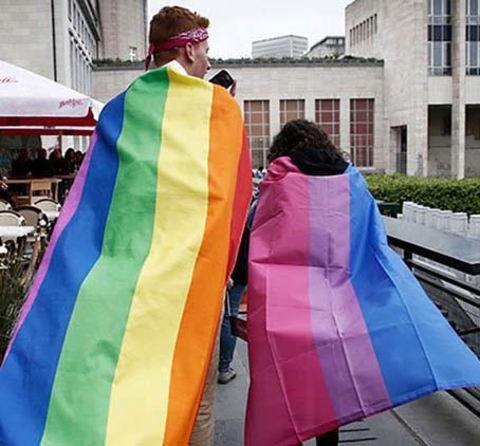 An influential psychoanalysts group is apologizing for policies it reversed decades ago that it says "pathologized homosexuality and transgender identities."

"We all know that hearing the words 'we are sorry' is important to healing past trauma," Lee Jaffe, president of the American Psychoanalytic Association (APsaA), said in a news release.

"For many years we continued to view homosexuality as an illness, and we denied opportunities for learning in our training programs to LGBTQ professionals unless they concealed their sexuality," Jaffe said Friday at the organization's annual meeting in San Diego. "Our views led to discrimination both internally and in society at large."

"In the past several decades, APsaA has been advocating for LGBTQ equality," he added in the statement.

The American Medical Association, the American Psychiatric Association and the World Health Organization all have changed policies classifying members of the LGBTQ community as mentally ill or their sexuality as reversible.

But even after the prominent American Psychiatric Association, a separate organization that sets psychological care standards, opted in 1973 to remove homosexuality as a disorder from its Diagnostic and Statistical Manual of Mental Disorders, the APsaA officially continued to treat it as such.

The group denied a training application in the late 1980s for Dr. Jack Drescher, now a psychiatrist and psychoanalyst, who at the time refused to conceal his sexuality. Its apology is vindicating, in a way, Drescher told CNN, adding that all people all bear the legacy of the organizations to which they belong.

"I didn't have to change who I was; they had to change who they were," he said, noting that he'd advise his younger self: "Be who you are; it's always the right solution."

The apology comes just after New York Police Commissioner James O'Neill apologized this month for the 1969 raids on the Stonewall Inn. Patrons at the time fought back against a police raid on the gay bar, launching protests that catalyzed the LGBTQ rights movement.

"Regrettably some of that era's understanding of homosexuality and gender identity can be attributed to the American psychoanalytic establishment," Jaffe said. "It is long past time to recognize and apologize for our role in the discrimination and trauma caused by our profession."

The American Medical Association, the American Psychiatric Association and the World Health Organization did not respond immediately to CNN's inquiries about the APsaA's apology.