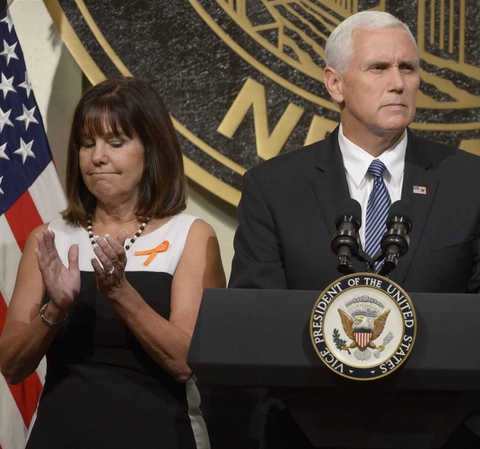 Second lady Karen Pence has taken a job as an art teacher at a Christian school in Northern Virginia that bans gay students, parents, and employees.

The policy places the school on the other side of US public opinion; recent polling on the issue suggests most people don't see the homosexuality as immoral or even as an issue of morality.

In 2001, only 40% thought LGBT relationships were fine, but the majority flipped by 2010 and hasn't gone under half since then. In fact, gay or lesbian relationships were one of the more morally accepted practices in 2018, behind birth control (91% morally acceptable), drinking alcohol (78%), divorce (76%), sex between an unmarried man and woman (69%), and gambling (69%).

"I am excited to be back in the classroom and doing what I love to do, which is to teach art to elementary students," Pence said in a statement defending her choice.

In a May, 2018 Gallup poll, 67% of Americans said that marriages between same-sex couples should be recognized by the law as valid and have the same rights as other marriages.

Vice President Mike Pence took heat during the 2016 campaign because while Governor of Indiana he signed the Religious Freedom Restoration Act, which enabled businesses to discriminate against those in the LGBT community on the basis of religion.