Putin fires back at Elton John over LGBTQ+ rights in Russia 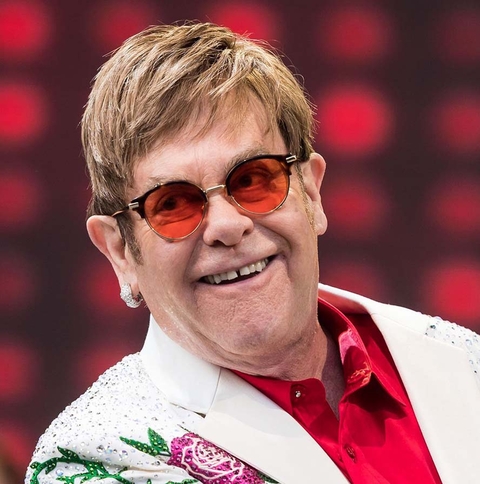 Russian President Vladimir Putin fired the latest round today in a tiff with Elton John over gay rights.

"Somebody came up with this idea of five or six genders," Putin said at a G20 news conference in Japan. "I don't even understand what they mean."

The war of words started with a Putin interview in the Financial Times. The paper said Putin accused liberal governments of pursuing a mindless multiculturalism and embracing sexual diversity, among others things.

"I am not trying to insult anyone because we have been condemned for our alleged homophobia," Putin said in the interview published Thursday. "But we have no problem with LGBT persons. God forbid, let them live as they wish. But some things do appear excessive to us. They claim now that children can play five or six gender roles."

"Let everyone be happy, we have no problem with what," Putin told the outlet. "But this must not be allowed to overshadow the culture, traditions and traditional family values of millions of people making up the core population."

John, who is gay, fired back in a social media post Friday, saying he was "deeply upset" by the interview and strongly disagrees with Putin's view.

"I find duplicity in your comment that you want LGBT people to 'be happy' and that 'we have no problem in that'. Yet Russian distributors chose to heavily censor my film Rocketman by removing all references to my finding true happiness through my 25-year relationship with David and the raising of my two beautiful sons," the singer said.

"I am proud to live in a part of the world where our governments have evolved to recognize the universal human right to love whoever we want," John said.

Last month, the musician slammed Russian distributors for editing out gay sex scenes from his biopic, Rocketman. A distributor told state news agency TASS it cut the scenes to comply with Russian legislation.

RELATED: Elton John refused to tone down the sex and drugs in "Rocketman"

John and the filmmakers said in a statement that they rejected "in the strongest possible terms the decision to pander to local laws and censor Rocketman for the Russian market."

Saturday in Japan, Putin said, "Speaking of Elton John, I respect him very much ... but I think he is mistaken.

"I didn't overstate anything," he added. "We have a law that everybody is angry at us because of the law that doesn't allow propaganda of homosexuals among underage population. Let's let the kids grow and then let them decide what they want to do."