"Queer Eye" star on this president, Nair and HIV 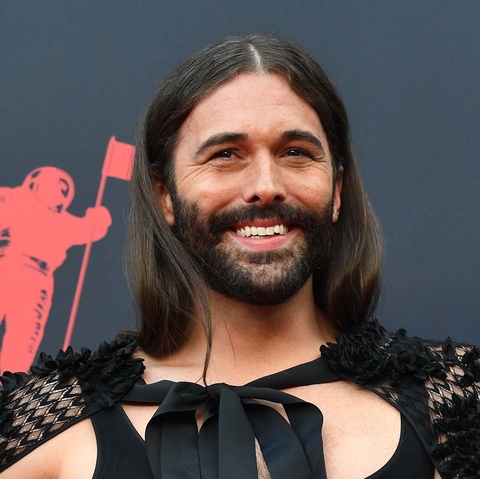 Queer Eye grooming expert Jonathan Van Ness is not a supporter of our current president, but, he explained to CNN's Brooke Baldwin, he does have a shampoo recommendation for him.

More on that in just a minute.

Speaking this week to Baldwin for the release of his book, Over the Top, in which Van Ness reveals he is a survivor of childhood sexual abuse, his past drug use and his HIV positive health status, he talked about President Trump, the 2020 election and advocating for the LGBTQ+ community.

"I do think that Donald Trump becoming president and the phenomenon that he's harnessed, the racism, the xenophobia, the transphobia, the homophobia, I think that it's a phenomenon that's bigger than Donald Trump, that it's going to take something bigger, an almost equal and opposite phenomenon," Van Ness said of who can win the White House in 2020. "I do think whoever it's going to be needs to incorporate some of that element of that magic, because here's the thing -- Donald Trump is the most effective manipulator ever."

"We really do need someone who is articulate and can really get the point out in an impassioned way that will get that coalition together to really deliver the White House back to us," Van Ness added. (He has since publicly endorsed Massachusetts Sen. Elizabeth Warren.)

Van Ness told Baldwin that the country is in a "precarious, scary" situation, where the people in power are stirring up hate.

"To me, Mitch McConnell is as evil and as big of a problem as Donald Trump," he said. "I just think that really what this has taught me is that presidential power is really important, but so is the [Congress] and so [are] our state legislatures."

"Why would you put me in that position?" he laughed, before he added, "What I would do is give them both a great bottle of Nair, and be like, 'enjoy this new shampoo, it's fantastic, it's formulated just for you, it's a thickening shampoo.' It would be a makeover for both of them."