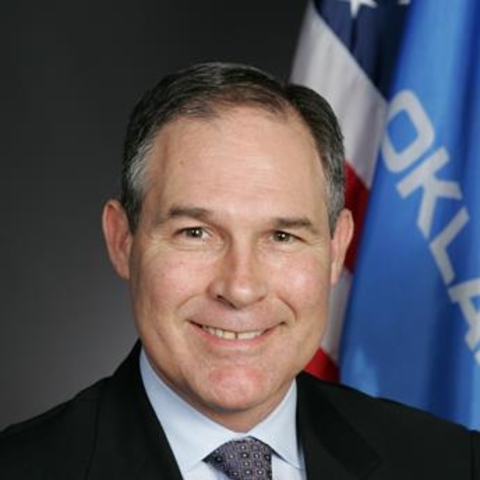 Reaction to federal District Judge Reed O’Connor’s ruling placing a hold on the Obama administration’s guidance on transgender student rights that was issued jointly by the federal Departments of Education and Justice was swift. Both sides of the issue weighed in.

Notably, Judge O’Conner made the order apply across the country, a tactic that is controversial. Five civil rights organizations who had submitted a joint amicus (friend-of-the-court) brief in the lawsuit - Lambda Legal, American Civil Liberties Union (ACLU) and ACLU of Texas; National Center for Lesbian Rights (NCLR); Transgender Law Center; and GLBTQ Legal Advocates & Defenders (GLAD) – strongly disagreed with the judge on the nationwide applicability of his ruling.

The five organizations said: “A ruling by a single judge in one circuit cannot and does not undo the years of clear legal precedent nationwide establishing that transgender students have the right to go to school without being singled out for discrimination. This unfortunate and premature ruling may, however, confuse school districts that are simply trying to support their students, including their transgender students. So let us make it clear to those districts: your obligations under the law have not changed, and you are still not only allowed but required to treat transgender students fairly. The scope of this injunction has no effect on the ability of other courts or lawyers representing transgender people to continue to rely on the federal government’s interpretations of Title IX or on prior decisions that have reached similar conclusions about the scope of federal sex discrimination laws.

According to the Associated Press, “Justice Department spokeswoman Dena Iverson said federal officials were disappointed in the ruling and were reviewing their options. Civil rights lawyers say transgender students can still bring their own lawsuits against schools that do not allow them to use the bathrooms that match their gender identity.”

Officials on the side of preventing transgender student rights were quick to praise Judge O’Connor’s ruling.

Oklahoma Republican Attorney General Scott Pruitt said, ““This injunction is the first step to preventing the Obama administration from holding hostage every single school district, nationwide. The executive fiat passed down by the Department of Education and Department of Justice threatened the Title IX funding that Oklahoma schools, as well as all others across the nation, depend on. The thinly veiled threat is first and foremost unlawful, as we will continue to prove in court.”

Kentucky Governor Matt Bevin, a Republican, according to an AP report, “In a news release, Bevin called Obama's order "absurd" and said he will continue to make sure such decisions are made by Kentucky and not the federal government.

Utah Attorney General Sean Reyes said in a statement Monday that local school officials and parents have worked to accommodate transgender students without federal mandates that cause confusion and less cooperation, according to the AP.

“Reyes says the injunction doesn't stop schools from following the directive if they want but stops federal officials from enforcing it until the court case is settled.”

In addition, “The presidents of seven evangelical Christian colleges want South Carolina Gov. Nikki Haley to protect institutions like theirs from mandates on the use of bathrooms by transgender students,” said the AP.

“In a letter Monday, the presidents of schools including Bob Jones University ask the Republican to use her platform to ‘promote religious freedom.’

“The presidents warn mandates like the Obama administration's order requiring public schools to let transgender students use bathrooms consistent with their chosen gender identity could violate ‘the privacy and modesty of students’ who object based on religious values.”

Watch www.gayly.com for continued coverage of this issue.