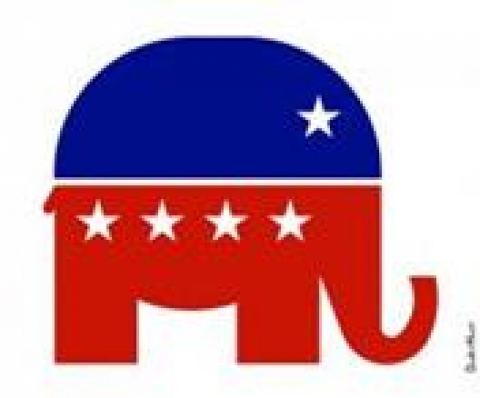 Since 2010, when conservatives took over 20 legislative chambers, we have heard a lot of bleating from the GOP about voter fraud. They have passed so-called “Voter ID” laws, which they say will prevent ineligible people from voting. The problem is no one can present comprehensive evidence that this is a problem. Their real purpose is to suppress the Democratic vote.

What is indisputable is that the GOP has used their Voter ID laws to disenfranchise millions of people who are already voters, or who would be eligible if they registered. Who gets turned away at the polls? Surprise - it’s mostly minorities - Blacks and Latinos, the poor and college students. And who do these people vote for in overwhelming numbers? Democrats.

Ask almost any GOP official, and they will tell you that fraud is a big problem and Voter ID laws are the only way to fix it. Only occasionally will one slip and admit that the laws are intended to provide unfair political advantage to Republicans.

Most recently, Rep. Glenn Grothman, a Wisconsin GOP Congressman, said in a TV interview, “I think Hillary Clinton is about the weakest candidate the Democrats have ever put up, and now we have photo ID, and I think photo ID is going to make a little bit of a difference as well.”

It’s more than “a little bit of a difference.” Estimates are that Wisconsin’s Voter ID law will prevent 300,000 people who are already registered voters from being able to vote.

In 2012, Pennsylvania passed what the Washington Post described as “one of the most restrictive Voter ID laws on the books.” Months later, the Post said, Pennsylvania House Majority Leader Mike Turzai (R) said that the law would help them carry the state at the presidential level. "‘Voter ID, which is going to allow Governor Romney to win the state of Pennsylvania: done,’ Turzai said while listing his party's accomplishments.”

The law was stayed by a court, and Romney lost Pennsylvania.

In April, Todd Allbaugh, the former Chief of Staff to a Wisconsin GOP Senator, appeared on MSNBC’s All in With Chris Hayes. Allbaugh had written on his Facebook page, “You wanta know why I left the Republican party as it exists today. I was in the Republican caucus [in 2013] when the final round of voter ID bills was being discussed….”

During an interview with Hayes, Allbaugh said, “Here were people who were actually giddy and happy and talking about how we can take people’s constitutional rights away or at least impede them so we’re going to hang on to power.” And it ticked him off, he said.

Although most people agree that you should show ID in order to vote, the catch is that these laws narrowly define what is an acceptable ID – and the people least likely to have those acceptable IDs are minorities, the poor and college students.

Republicans protest that government photo IDs are provided at no cost. But you have to provide a birth certificate or other documents, which take time and a fee to get.

All these tactics, along with the voter ID check, lead to long lines at polling places. In 2016, this has already happened in Arizona and Wisconsin. Earlier examples, in the 2012 presidential election, were waits of up to seven hours to vote in some states.

The 1965 Voting Rights Act used to require states or parts of states with a history of discrimination to get pre-approval from the Department of Justice before changing their election laws. In 2013, the Supreme Court ruled that the formula used to select those suspect states was too old, and if Congress wanted oversight to continue, it needed to revise the formula. The GOP controlled Congress has not yet done so.

In every state that has passed a Voter ID law since 2010, hundreds of thousands of voters have had their Constitutional right to vote taken away. And still the GOP cries voter fraud. The only voter fraud being routinely practiced today is the fraud perpetrated by conservative state legislatures, taking away the right to vote of minorities, the poor and college students. It’s outrageous, and it should stop.