Red carpet vs. job line: Who is the lucky one? 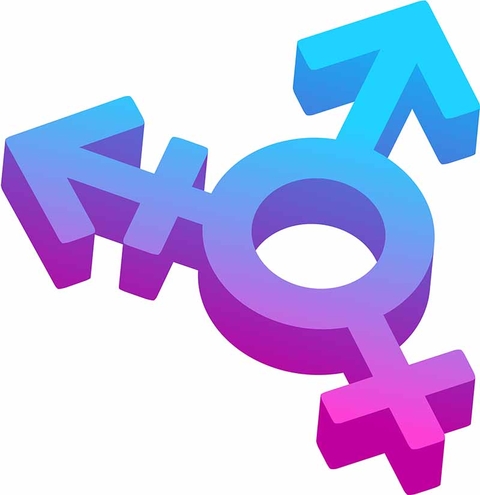 Oklahoma – like 15 other states – has no legal protection for LGBT people in employment. File photo.

As I sit in my apartment with my big screen TV, my custom built computer, my fancy phone, making my car payment without a worry, I can’t help but think about how lucky I am.

Sure, I’ve got all these fancy toys, and I don’t sweat my bill for the most part, and I’m thinking about finally buying a house – but I’m actually an oddity. Aside from my personality, a wise-ass.

In fact, I shouldn’t even be in the position I’m in. Less than 10 years ago, I was actually an oil worker; 15, a soldier. I quit being a soldier because I wasn’t happy with my life there hiding in the closet, so I quit so I could go home and come out. I couldn’t find a good job to pay my bills, so I ended up working for a contractor driving all over the South getting covered in gas, oil, jet fuel, etc. I quit noticing, but I’m pretty sure people thought I bathed in it. This would probably explain why I didn’t get that many dates.

Well, by the time I was doing that roughneck work, I realized I still wasn’t happy and wanted to transition. So I loaded up my car and moved to Oklahoma where a friend would let me sleep on the couch until I found a job where I could.

I was lucky and ended up getting into the I.T. field, which is a bit more open minded than most. At that job, I was able to transition with a company that had a written equality policy. Life was good.

I got so desperate, no joke, that I detransitioned for a few job interviews. Eventually, I lucked out and managed to find another job. No, no trans-friendly benefits and a lot less money, but everyone was open minded and friendly, and I’ve done okay. I managed to get lucky twice.

I say I’m lucky because Oklahoma – like 15 other states – has no legal protection for LGBT people in employment. So yes, they can fire you just for being trans. Trans people are also twice as likely to be unemployed as the general population.

When it comes to trans people and working, almost half are in fields they don’t want to be in or should be making more money than they do. Not all of us want to work the make-up counter or deliver pizzas; some of us are doctors, business executives, teachers and scientists who lost our jobs because ‘we make people uncomfortable.’

When you consider that almost 20 percent of us make less than $10,000 a year, it just gets bleaker.

When I see the media fawn over the few of us who have been blessed with the opportunity to make lots of money, wear designer clothes and walk the red carpet, it leaves me with mixed feelings. On one hand, I wish that it was me up there.

What?  I’m only human, and who doesn’t wish they could live the glamorous life from time to time? Jealousy is a normal human emotion.

Yet at the same time I sit here and think, “But that’s not really who we are.” Far too many of us consider a new outfit the same as a trip to Goodwill. The number of us with college degrees working jobs far below our education levels is unsettling. You’re more likely to see us on the job line than the red carpet.

As we see trans people in the media more and more, it will become easy to forget about those of us who aren’t as lucky as others, and we could easily start asking, “Why not work harder?”

As I often say about those people who are dealt a bad hand in life and are disadvantaged: you can’t pull yourself up by your bootstraps when you can’t afford boots.

And yet, I can’t help but think how lucky I really am.